The Republican Presidential Primary in light of terrorism and the U.S.­-Israel relationship 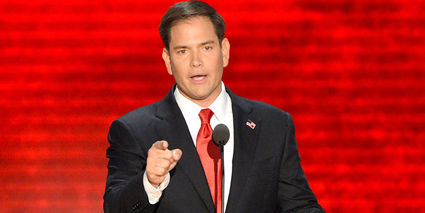 The international and domestic threat of terrorism is driving the 2016 Republican Presidential Primary's principal concerns and outcome, as repeatedly related at the Republican Jewish Coalition's (RJC's) Dec. 3, 2015, Presidential Candidates' Forum held in Washington, D.C., with 13 of the Republican Primary candidates speaking. Addressing this terrorist threat is linked to an increased American security alliance with Israel as multiple candidates noted in their respective addresses at the Forum.

The RJC's National Chairman, David Flaum, set the stage for the event with words to the same effect; saying, as most of the candidates later reiterated, that the 2016 Presidential Election is a "National Security Election." Another supporting and defining issue in the National Security emphasis was the Dec. 2 attack in San Bernardino, California, that resulted in the deaths of 14 people, including a Messianic gentile man.

At the time of the Forum, the California attack was not formally understood as directly linked to terrorism; some in power had suggested simple "workplace violence." The Republican candidates took issue with this position, both asserting that the attack was terrorism and criticizing the lack of resolve to confront the ever-growing domestic terror threat perceived by the Republicans. After the Forum, the attack was formally recognized as terrorism by the United States authorities; one of the attackers was found to have been in contact with multiple terror groups and to have pledged allegiance to the Islamic State under a pseudonym on Facebook.

A crucial part of the Republicans' plan to confront the terrorism facing America was to strengthen the United States' security partnerships with our allies, including Israel. As frontrunner candidate and current United States Senator Marco Rubio, R-FL, noted, the same terror threat is faced by Israel and by the United States; therefore, the two nations must "stand together." When there is a void, or "daylight," between the two nations, as Rubio stated, it is then that terrorism takes the opportunity to strike.

In Rubio's perspective the strengthening of the U.S./Israel security relationship is as much for the sake of the State of Israel as it is for the sake of the United States of America. Therefore, policies would be undertaken in a Rubio administration that were, visibly, solely for the benefit of the Israelis rather than the Americans. Rubio implied that the two interests were, at the core, the same.

Not the same was the case for other candidates, including Former Florida Governor Jeb Bush and incumbent New Jersey Governor Chris Christie, both in the polls with less than 5 percent support as of Dec. 7, 2015. In their perspectives, the U.S./Israel relationship was to be strengthened to the point of clearly benefiting the citizens of the United States, and no farther. Theoretically, then, if a United States policy decision in an environment such as the United Nations in support of Israel would realistically and credibly produce a threat to the American people, Rubio would most likely support the measure while Bush and Christie would not do so.

An example "potentially provocative" measure, mentioned at the Forum, is the relocation of the American embassy in Israel from Tel Aviv to Jerusalem, said by Ted Cruz, current candidate and U.S. Senator, R-TX, to be a move that recognizes Jerusalem as the "once and eternal" capital of Israel. Former Virginia Governor Jim Gilmore, in the pools with less than 1 percent support, was the only candidate to openly question completing the measure, saying that he would move the embassy "if the Israeli government would prefer" it in Jerusalem.

Another "potentially provocative" issue in Global Terrorism that no candidate necessarily spoke out against was the cessation of U.S. funding and support for the Palestinian Authority (PA). As Former New York Governor George Pataki, Republican candidate with less than 1 percent support, stated at the Forum, and as was reiterated by multiple candidate, the PA is "no partner for peace." The PA has repeatedly been shown to support terrorism in a state-sponsor manner.

Now the American people go into wait-and-see mode. Although the satirical newspaper "The Onion" published an article stating that Rubio's campaign had dispatched troops to fight the Islamic State, such is obviously not true and the only way to test the candidates' diverse national security perspectives is to elect one of them, not a reversible action. One important note is that Rubio was undoubtedly correct when he stated that the same terror threat is faced by the United States and Israel, as the Islamic State continues to threaten both nations; therefore, it is definitely in the American interest to strengthen the United States' security alliance with Israel.

Caleb R. Newton is a global affairs analyst and student living in Central Florida. Find him at the Times of Israel, Dissecting Society, and Global News Breakdown. Contact him at calebrnewton@globalnewsbreakdown.com.