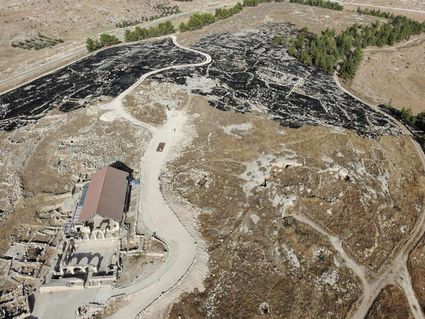 "This is among the activities of our 'peaceful neighbors' when they aren't building on our land," said Natalie Sopinsky, a resident of Susya.

The fire spread threatening the old synagogue ruins. Israel firefighters battled the blaze and saved the synagogue, which had a special place in Jewish history. It served as a refuge for Jews following the revolt against Romans, led by Bar Kochva.

The archaeological finds at the site revealed what Jewish life was like in the post-Temple era.