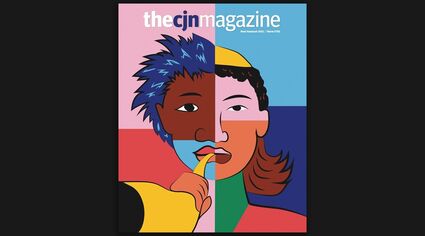 courtesy of the Canadian Jewish News

The cover of the first issue of the relaunched Canadian Jewish News - now a primarily digital- and podcast-focused news outlet with quarterly forays into print.

(JTA) - Reports of the demise of the Canadian Jewish News have been, not for the first time, greatly exaggerated.

On Sept. 1, the publication - the largest Jewish news organization in Canada - will rebrand as a digital-first enterprise after abruptly shutting down operations in April 2020 and then resuming a trickle of content over the last year. It is the second relaunch for the 61-year-old nonprofit, which previously shut its doors in 2013 before garnering enough community support to restart operations within a year.

This time, the CJN is undergoing a full-scale revamp, although with the...