In Germany, Kristallnacht goes by a different name 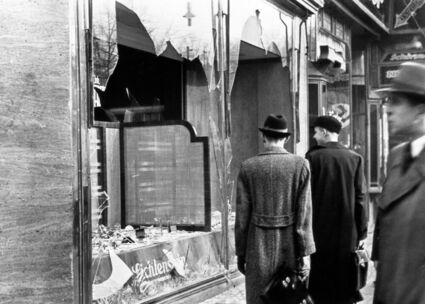 Businesses and properties owned by Jews were the target of vicious Nazi mobs during a night of vandalism that is known as "Kristallnacht".

(JTA) - This week, Jewish communities across the United States are commemorating the anniversary of Kristallnacht, the anti-Jewish riots that marked a brutal turning point in the Nazi campaign of persecution.

In Germany, cities and towns also will commemorate this day, but under a different name. They refer to the events of November 9-10, 1938, as "the November Pogrom," or variations on that term. That's became to many in Germany, the term "Kristallnacht" - night of shattered glass - sounds incongruous.

"It has a pretty sound," said Matthias Heine, a German journalist whose 2019 book examin...