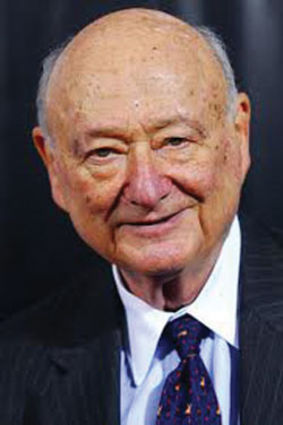 Just a little tribute to a wonderful man I was fortunate to meet when he visited our Orlando Jewish community some years ago. I refer to former New York City Mayor Ed Koch, who died recently.

Mayor Koch was a man I always admired, especially my being a native New Yorker (Brooklyn), and realizing all the good he had done. For one, I can remember Times Square in Manhattan being a really seedy place with X-rated movies and show bars where “low-life” criminal types hung out. Those of us who worked on or near Broadway’s theater district, and also tourists, tried to avoid the area.

Now, of course, (thanks to Mayor Koch) Times Square is the spectacular area it was always meant to be.

Mayor Koch used to walk the streets and ask folks, “How’m I doin’?

An event not to be missed…

I would say that the following is probably one of the most important and informative events to be held in our area.

This Sunday, Feb. 17, at Congregation Ohev Shalom at 11 a.m., there will be three prominent guest speakers talking about the Jewish community of Cuba. I received this email from our own JAMIE SHUJMAN, who will be one of the speakers. I pass it along to you:

“We will spend 90 minutes reviewing the background of Jewish life in Cuba since the early 1900s till the early years of the Castro revolution in January 1959 and the departure by 1963 of 90 percent of the Jews that lived there (15,000)—the majority of them coming to the U.S. Particular emphasis will be placed on the Pedro Pan program that brought more than 14,000 young children alone to this country (400 of whom were Jewish) and who were re-settled in places as far as California, again, alone.

The program will have three presenters.

Professor MARCOS KERBEL, a Jewish Cuban American who teaches finance at Florida International University in Miami and who came alone to the U.S. in 1961, is one of the three. A 27-minute documentary produced by Professor Marcos Kerbel providing more information about Jewish life in Cuba will be shown as part of his presentation. Kerbel worked also as senior vice president of Israel Bank Limited from 1978 till 2000. This Israeli bank was the first to obtain an international license in the state of Florida.  He is past president of Temple Beth Shmuel in Miami Beach in 1991, 2008 and 2009. Kerbel is the recipient of numerous awards both as a teacher and as a banker. He holds a BBA and MBA from Georgia State University.

Jamie, another Jewish Cuban American who has lived in the Orlando area since1974, will also speak. Jamie escaped from Cuba in 1962 and has a BSBA from the University of Maryland.  He and his family have been members of Congregation Ohev Shalom since 1982 and he is a strong supporter of Jewish and Cuban liberation causes.  Jamie worked for American Can Co./James River Corp. last as director of sales for the South and later as VP of sales for a Jewish Cuban American company that manufactured fragrances in Miami.  He is currently a broker of general merchandise.  Jamie will talk about growing up and attending the largest Jewish school in Havana and the tight relations that exist today among those who graduated from this school.

“The third speaker will be JUSTO MARTINEZ, a Catholic Cuban American who also came alone on the Pedro Pan program in 1961 and was sent to various camps, eventually landing in Washington, D.C. where he first lived in an orphanage and then lived with a Catholic family.  Martinez attended the George Washington University in D.C. and holds a BSBA from the University of Central Florida. He worked for 34 years in the financial field in Orlando for EF Hutton and Morgan Stanley. At the latter he worked in the same office as former member of COS Shelly Aronoff (deceased) and was a top 100 broker in the U.S. for both. He will give background on the difficulties he experienced as a youngster in a strange land, alone and without any English knowledge.”

(Cuba is slowly opening up to visitors from the United States and other countries, especially those of us in the entertainment genre, making this presentation even more meaningful.)

The cost of this most interesting event, which lasts about 90 minutes, is only $3 per person, which includes a brunch.

I repeat… Do not miss it!

Sponsored by Ahavas Yisrael/Chabad, 708 Lake Howell Road, Maitland, there will be a very special Purim event on Sunday, Feb. 24.

“Purim Esters (Oscars) Awards Dinner” will begin with a Megillah reading at 5 p.m. sharp followed by a Red Carpet walk at 5:30 p.m.

This is a black tie affair and the program will include a full course dinner, the talents of professional comedian JOEL CHARNOFF, surprise winners of the Golden Gragger Awards, Red Carpet Entrance, Paparazzi and photography, full childen’s program (ages 4-12).

All who attend are welcome to dress as “your popular, star-studded self” or as a favorite celebrity.

If you’ve always wanted to walk the red carpet dressed to “the nines,” this is your opportunity.

The fabulous Broadway musical “Wicked” is heading back to the Bob Carr Performing Arts Centre, Orlando, on Feb. 20 for several performances.

Winner of a Grammy and three Tony Awards, it is the untold story of the Witches of Oz based on the 1995 Gregory Maguire novel, “Wicked: The Life and Times of the Wicked Witch of the West.”

Music and lyrics are by Stephen Schwartz and the book is by Winnie Holzman.

If you are a season ticket holder, this show is not part of the current season. For further ticket information, phone TicketMaster at 1-800-982-2787.

Speaking of getting old…

(OK…so I admit it!) Lately I have been having trouble opening jars and such. I don’t seem to have the strength and I don’t always want to wait for Irv to return home…especially since I tell him everything I cook is from scratch…not from a jar! I mentioned my problem to a Casselberry Publix employee, JOE DODD, recently, and he scoured the store until he found the perfect solution for me…a bottle and jar opener to fit all sizes! He went out of his way for me and I hope his manager, JENNY FALK, sees this and smiles at him!

(At the same time, I hope Irv doesn’t see this!) 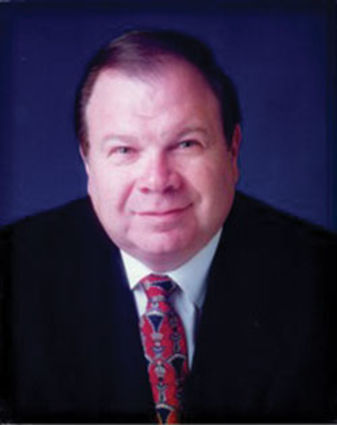 Benjamin rushes to his doctor.

“Doctor, you’ve got to give me something to make me young again. I’ve got a date with this beautiful young girl tonight.”

His doctor said, “Hold on a second, you’re 80 years old, there’s really not a lot I can do for you.”

Benjamin replies, “But doctor, my friend Tony is much older than I am and he says he has sex three times a week.”