Dawson to talk about his latest book, ‘Judgment Before Nuremberg’ 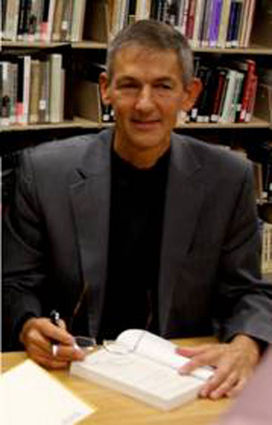 The Holocaust Memorial Resource and Education Center has announced that its February Education Forum will feature a presentation by local writer Greg Dawson. He will be discussing his latest book, “Judgment Before Nuremberg.” The presentation is scheduled for 6 p.m. Thursday, Feb. 21 at the Holocaust Center, 851 N. Maitland Ave. in Maitland.

Dawson has been well received at the Holocaust Center discussing his earlier book, “Hiding in the Spotlight.” In it, he tells about his mother’s harrowing escape from near-certain death in the Holocaust and the remarkable story of her survival.

While researching his mother’s past, Dawson and his wife, Candy, traveled to Ukraine and other parts of Eastern Europe. There, they found evidence of the early years of the Holocaust that had been unavailable to scholars for decades. The suppression of texts, testimony and other documentation has resulted in gaps in the understanding how, and when, and where the mass exterminations began.

The title of Dawson’s latest book was drawn from a nearly forgotten event in Holocaust history:  the first Nazi war crimes trial that took place in the small community of Kharkov (Ukraine) in December 1943, a full two years before the well-known trials at Nuremberg.

Dawson calls Ukraine the “final frontier of Holocaust literature and scholarship,” an acknowledgment of the 50 years of secrecy that preceded the dissolution of the Iron Curtain. He says his decision to write the book came because so little had been written about this part of Holocaust history, particularly for a lay audience.

This Education Forum will provide participants with an opportunity to talk to the author about his journey to uncover the history of Ukraine. He will also discuss emerging information about the development of the Final Solution. In-service points for teachers are available for this event.

Reservations are suggested but not required.