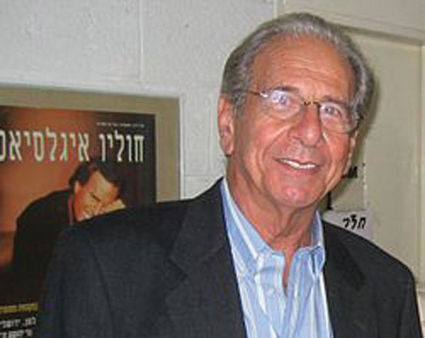 Don’t speak badly of the dead…

My parents taught me that lesson…but it is hard to follow when the deceased is Hugo Chavez.

The following information comes directly from The World Jewish Congress Foundation Digest (with asides by me). It was published a few months ago, before the death of Chavez:

“Under the administration of Venezuelan president Hugo Chavez, half of the nation’s Jews have reportedly fled the country.

“Now that Chavez has retained his office in the recent fall elections for another six-year term, Jews, mostly clustered in Canada, must be weighing their options to stay or to run.”

(Reminiscent of the WWII Nazi regime in Europe, no?)

“Taking a defiant stance towards the United States and the West, the dictatorial president has developed a relationship with (of all people) the Iranian regime.

“Persecution and attacks on Jewish institutions in Venezuela have been on the rise. In his 12 years at the helm, Chavez has run sometimes hot and mostly cold towards the Jewish community. But if the recent past is any indicator, Jews in Venezuela might soon be a historical footnote.”

(True, we don’t know who will follow now that Hugo Chavez is dead. The new leader of Venezuela may be better or worse for his people and especially for our people. Only time will tell.)

Speaking of the WWII Nazi regime…

If you go online to the following: http://www.youtube.com/watch?v=OnoQ8F_CUfE&feature=youtube_gdata_player you will see and hear an interview with a woman who is a Holocaust survivor. She is 109 years old.

Her outlook on life and living is “beautiful,” simply “beautiful.” (These are her words.)

If you are not on the Internet, ask someone who is to show it to you.

It is well-worth watching.

Her interview was done a while back. I don’t know if she is still alive… but her message is!

Throughout history, except maybe in these modern times and in this country, Jews have suffered. Europe was OK for awhile, but not these days, not these days. Unfortunately, anti-Semitism seems to be on the rise all over Europe.

I thought of that last week when the movie “Fiddler On The Roof” was featured on television. This award winning movie reminded me of the unrest and upheaval our people suffered a little more than 100 years ago. My mom’s family was chased out of Russia and Ukraine, settling in Canada where she was born.

My dad’s family suffered the same fate when they had to leave Poland. They settled in Brooklyn, N.Y., where he was born. (Actually, they may have been lucky to escape when they did or they surely would have become victims of the Holocaust.)

“Fiddler on the Roof” started as a Broadway musical with the score composed by Jerry Bock, lyrics by Sheldon Harnick and book by Joseph Stein. It is based on the stories of Sholem Aleichem. The great comic actor, Zero Mostel played Tevye, the milkman.

When the movie was being cast, it was felt that a more serious actor should portray the hard-working Tevye, and a native Israeli, CHAIM TOPOL was chosen. He was only about 36 years old when he appeared in the movie as a 70-year-old husband and father of five daughters. (He had me fooled!)

A few years ago I saw the stage play when it came to Orlando. Topol was once again playing Tevye, but this time he was in his 70s as the role dictated.

Back in 1972, Topol won a Golden Globe Award and was nominated for a Best Actor Oscar for his performance in the film version. He was on active service with the Israeli Army at the time, but was granted permission to walk the red carpet and attend the Academy Awards ceremonies.

“Fiddler” is one of my all-time favorite movies.

(Talk about your coincidences… just as I was writing this, one of my sons phoned me and told me he just saw a terrific production of the musical, “Fiddler On The Roof” performed in Aurora, Ill.)

The show is just too good to retire! Talented violinist, MARK AGNOR portrays the fiddler in this show. That should give you some indication of the caliber of performers.

Mark’s playing was heard in Paramount’s “My Fair Lady” and also “The Music Man.”

He has conducted for the world tours of IL DIVO and Paul Potts and has been featured with Mannheim Steamroller.

In Chicago, he plays with the Joffrey Ballet, the Chicago Philharmonic and Chicago Bach Project. He has accompanied Ray Charles, Celine Dion, Josh Groban, Smokey Robinson, Burt Bacharach, the Doobie Brothers and has appeared on the Oprah Winfrey television show and the David Letterman television show… to name but a few.

Mark is a super-talent! A superb fiddler who really fiddles in “Fiddler”!

From “Fiddler’s” story in Russia…

Europeans have suffered and of course, others also suffered…others also fled. KIM NGUYEN and HIEP TON are natives of Viet Nam. Some of their family live here in the States and others settled in Canada. Whatever business endeavors they pursue, they always use the name “King” in the title. It is a tribute to an American man who befriended their families and helped them through their many struggles.

I found them when our own STEVE MAMARCHEV told me about a terrific little restaurant at 2124 Edgewater Drive, Orlando, called Kingfish Grill.

Ton and Kim serve the greatest food, mostly Italian, but American and others too. They are known for great pizza, burgers, soups, salads…and, of course, fish…and their prices are economical!

(Go there and enjoy. I did and I will again!)

Did you know that you can sell your chometz online?

Since it is prohibited to possess chometz on Pesach, any chometz left undisposed must be sold to a non-Jew. Any chometz remaining in the possession of a Jew during Pesach may not be used, eaten, bought or sold even after Pesach. Therefore, all chometz that will not be eaten or burned before Pesach and all chometz utensils that will not be thoroughly cleansed by then should be stored away.

This joke was sent to me by my friend, HILDE SANDS. (Or is it a joke?):

Grandma and Grandpa were visiting their kids overnight.

When Grandpa found a bottle of Viagra in his son’s medicine cabinet, he asked about using one of the pills. The son said, “I don’t think you should take one Dad. They are very strong and very expensive.”

“How much?” asked Grandpa…

“I don’t care,” said Grandpa. “I’d still like to try one, and before we leave in the morning, I’ll put the money under the pillow.” 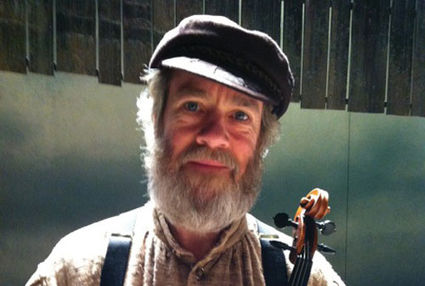 “I know,” said Grandpa. “The hundred is from Grandma!”