What hapened to Wallenberg? 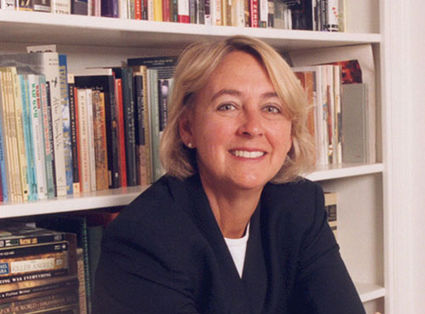 One of the unsolved mysteries of the Holocaust is “what happened to Raoul Wallenberg?” The Swedish diplomat, credited with saving up to 100,000 Jewish lives, was detained by Soviet authorities in 1945 and subsequently disappeared.

As intriguing as his death may seem, the choices he made on behalf of others raises even more questions. What would cause a young man to risk everything—his reputation, his safety, and ultimately his life—in order to rescue strangers? Why would he, but not other diplomats in similar situations, choose to defy danger?

That courage in the face of danger will be explored during the Holocaust Center’s Yom HaShoah program on Sunday April 7. Keynote speaker will be Louise Borden, author of the new book “His Name Was Raoul Wallenberg: Courage, Rescue and Mystery During World War II.”

According to Borden, Wallenberg was encouraged from an early age to find a purpose in his life.  His natural abilities and his interest in the broader world made him a man with a strong moral compass.

Borden says she found Wallenberg’s character particularly engaging. She wanted his story to become accessible to young readers in a compelling yet informative way. She says that she spent many years on the research road trying to find the details that would make Raoul Wallenberg’s very complicated story understandable as well as inspiring to a young audience.

“Courage is something that I’ve written about in some of my other books,” she says, “whether fictional or true stories. I like to write about ordinary people who made a difference in the lives of others, and in the world... people who believed in themselves and in their vision.

Borden says that, “one of the most important lessons for all of us is that indeed, one person can make a difference in the world. Raoul was a leader - he inspired others not only with bold action and courage but with kindness and humor. His interest in the larger world and his respect for human rights as well as his courage continue to inspire me.”

The Yom HaShoah event will be at 4 p.m. at the Jewish Community Center at 851 N. Maitland Avenue. The general public is welcome, and there is no admission charge. The program will also include traditional music, candle lighting, and awards for the winners of the 2013 Yom HaShoah Student Creative Arts Contest.