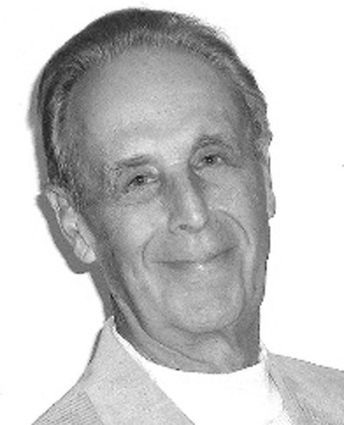 According to an international agency that studied Israel’s delivery of health care, the agency finds Israel has a quality system overall (again I repeat, what else is new?) but with some improvements needed.

The World Jewish Congress Foundation reports (with asides by me) that “the Organization for Economic Cooperation and Development (OECD), of which Israel is a member, dispatched an international team to the Jewish state more than a year ago to investigate hospitals, clinics and health care facilities in urban areas and Arab towns. Among recently released preliminary findings is recognition that Israel excels in early diagnosis of chronic illnesses that cuts down on unneeded hospitalizations.

“Areas of improvement recommended by the OECD were the need to close some gaps between the rich and poor and encouragement of more competition among health funds and care providers. The Israeli Health Ministry acknowledged the mostly positive report and vowed to correct perceived shortfalls. Israel has a national health insurance law.”

I received the following email from a very respected member of our community, BILL KAHN. Take heed:

“I have been doing presentations on, ‘How to Avoid Scams, Frauds and Cons.’ I do this as a public service. There is no charge for the lecture nor are any items or services sold or endorsed. Starting in July of 2012 and into June of 2013 I have given or scheduled 32 presentations and the next Jewish related one is at the Orlando Chapter of Hadassah at the Sawyer Park facility in Heathrow at 10 a.m. April 10.

“I am presently providing lectures to cities, service organization clubs, retirement facilities, civic organization, libraries, clubs, homeowner associations, religious organizations and work in conjunction with the Orange County Fraud Unit. The lecture lasts about 40 minutes depending on the audience and their requirements.

“The lecture series was rolled out after there was such a positive response to my website across the USA.

“In 2011, Greg Dawson of the Orlando Sentinel wrote about my site, ‘It’s one of the smartest and most user-friendly sites of this sort I’ve ever seen. This system is different from other sites because it tries to get to the essence of the issue quickly, without a lot of reading.’ The website http://stopthescam.org covers 20 topics, which would be impossible to report on in a short lecture. Consequently, the lecture looks at the issues of scams, frauds and cons indirectly, considering their innate characteristics, such as the language or words used to draw you in. This type of presentation makes it a lot easier for people to spot scams, frauds and cons even from a Fortune 500 company.

“Whether it causes the outright theft of money, not getting what is expected or paying more than one should, the lecture will show how to avoid these problems. It doesn’t matter whether the scams, frauds or cons come via mass media (TV, newspaper, magazines, Internet), social media (cell phone, telephone, Facebook....) or people in general, those issues are covered. Unfortunately, many of the scams can also have an adverse effect on someone’s health, and is therefore, addressed. I am also giving a lecture at the Winter Park Library on April 18 at 7 p.m.”

For those of you who don’t know of Bill and his many accomplishments, here are but a few: Bill’s education is in electrical engineering from the University of Florida and nuclear physics from Ohio State. He worked at an atomic bomb site in Nevada, was a captain in the Air Force and retired from Lockheed Martin, where he ran a variety of military and commercial programs. For the latter, he designed the first digital paging and cellular telephone system, the forerunner of today’s systems. He has written numerous articles, ran “Think Tanks” for a wide range of industries, received many national and international awards, written two books, lectured around the world, tutored at PACE Center for girls, entertained at assisted living and Alzheimer centers and has been involved in a variety of other public service functions.

The lecture explores the characteristics of scams, frauds and cons along with how to identify and avoid them. It shows where to look for the subtle clues that crooks leave lying around in social and conventional media, everyday communications or literally, at your doorstep. It even addresses that Fortune 500 companies are involved in the deceptions that are pulled on the public. In short, people will be able to pinpoint the essence of a scam, fraud or con.

(What a great service! Take advantage of it… and it’s FREE!)

Congratulations to our dear family friend, JOY GOFF-MARCIL on her recent election to the Maitland City Council. Joy is a fine attorney and first time candidate to this office.

Upon hearing of the result, she said she was “kind of in shock. I’m just going to celebrate and then tomorrow probably think about what it all means.”

Knowing Joy and her fine family as I do, I’m sure she will be the best the city of Maitland has ever elected to its City Council.

Joy is the wife of Dr. RICH MARCIL, a psychologist, and he is also a fine musician and recording artist. Rich is a member of (becoming well-known) The Forefathers and also Zen Fuse Box.

Together, Joy and Rich are the parents of three exceptional children (and all fine musicians), RENE, 15; ABIGAIL, 12; and ANNA, 9.

Too important not to repeat…

On Sunday, March 24, our own angel, HARRIETT LAKE, is sponsoring “A Spoonful of Sugar,” a high tea to benefit Kids Beating Cancer.

The High Tea and Fashion Show will take place at the DoubleTree by Hilton, a downtown Orlando hotel, 60 S. Ivanhoe Blvd., from 2-5 p.m.

For tickets and further information, phone 407-894-2888 or go online to http://www.KidsBeatingCancer.com.

I love to acknowledge great service.

For a gal who eats out often (how else would I get this “fluffy” figure?) it’s not often that a waiter or waitress impresses me. That’s why I like to point it out when it happens.

Having some brunch at Steak and Shake, S.R. 436, Winter Park, recently, JAMES WIGGINS III, (known to all as J.C.) was my waiter. He was perfect… simply perfect in every way!  His manager is very lucky indeed!

At Passover, parents try to keep children interested and engaged during the Passover seder. One way that always seems to excite is hiding the afikomen. It is a popular custom and works like this: 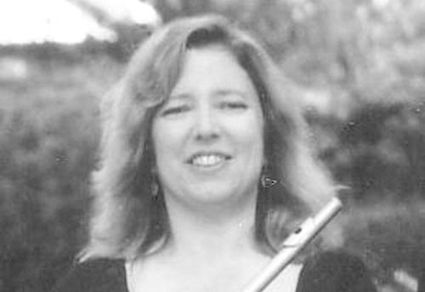 At the Passover seder table, three matzahs are placed in a stack. Near the beginning of the seder, the middle matzah is broken in two pieces, and the larger piece of this matzah is called the afikomen, explains Jewish information website, MyJewishLearning.org in its piece, “Afikomen: The Hidden Matzah.”

It is then wrapped and hidden. Later on, the children look for it and the lucky finder is rewarded!

One old man said to another, “I just had another birthday. It’s awful to grow old alone.”

“But you have a wife,” the second man pointed out.