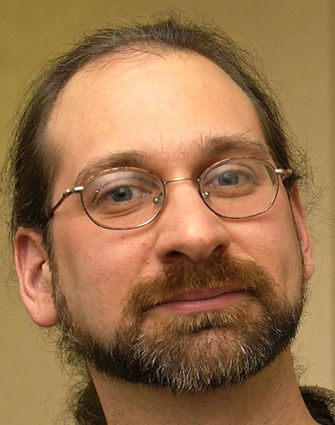 Professor Yudit Greenberg, Cornell endowed professor of religion and director of the Jewish Studies Program at Rollins College, is presenting a lecture by Dr. Steven Gimbel, a philosopher of science and a distinguished professor.

Gimbel is the Edwin T. and Cynthia Shearer Johnson chair for distinguished teaching in the humanities and chair of the philosophy department at Gettysburg College. In his book, published by Johns Hopkins University Press, Gimbel poses the provocative question: Is relativity Jewish?

The Nazis denigrated Albert Einstein’s revolutionary theory by calling it “Jewish science,” a charge typical of the ideological excesses of Hitler and his followers. Gimbel explores the many meanings of this phrase and considers whether there is any sense in which Einstein’s theory of relativity is Jewish.

Arguing that we must take seriously the possibility that the Nazis were in some measure correct, Gimbel examines Einstein and his work to explore how beliefs, background and environment may—or may not—have influenced the work of the scientist. You cannot understand Einstein’s science, Gimbel declares, without knowing the history, religion, and philosophy that influenced it.

As an undergraduate at the University of Maryland, Gimbel double-majored in physics and philosophy and pursued his graduate studies at Johns Hopkins University where he wrote his dissertation on interpretations and the philosophical ramifications of relativity theory. His primary research interests are in the philosophy of space-time physics and questions about scientific methodology, but he has also written on the geometry of M.C. Escher’s artwork, Maria Montessori’s theory of mind, sportsmanship in the Kasparov/Deep Blue chess match, and the environmental ethic of the American Nazi Party. He has published 25 scholarly articles and book chapters and five books including “Defending Einstein: Hans Reichenbach’s Early Writings on Space, Time, and Motion,” and “Exploring the Scientific Method: Cases and Questions.”

This event is part of the Jewish Studies Distinguished Lecture Series at Rollins College. Light refreshments will be provided. Parking is available across the street at the SunTrust Garage on Lyman Avenue or on campus.