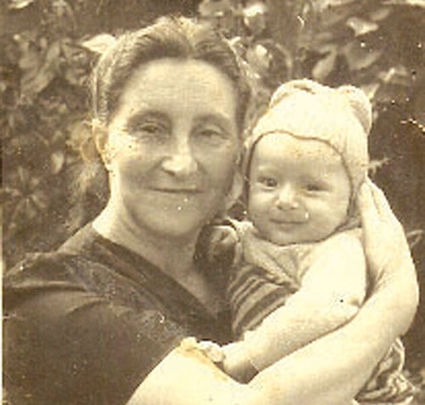 This saying really doesn’t apply here… but if the following email (or photo) I recently received, rings a bell in any way… do say something to someone, please. Especially, contact HANAN SHOMRONY via the email address below:

“My name is Hanan Shomrony and I’m searching for my brother. He was born in 1946 , his parents’ first born, in Europe after the Second World War. In 1949, when he was 2 ½ years old, he and his parents made aliya to Zfat in Israel. He was hospitalized a month later in the Emek Hospital in Afula because of dysentery. Two days later my father was informed that he had passed away. (Parents were not allowed to stay with their sick children so my father was obliged to leave him there.) There was no funeral and of course there is no grave.

“My parents were new immigrants, survivors of the Holocaust, who had arrived only one month prior to this. They accepted this news without question and didn’t make any further inquiries. The Ministry of the Interior informed me, years later, that in 1963 someone with his ID number had left the country. However, in the Death Registry of the Religious Council in Afula, he is registered as having died in 1949 and was buried in a common grave.

“It is possible that his first name stayed with him as he was already 2 ½ years old at the time.

“I was born six months later and know of him only from what my parents had told me. Unfortunately, my parents have passed away and the searches that I have been carrying on during the years have never provided any answers. I still hope that this story will awaken a spark of a memory in someone of a baby that was adopted at the age of 2 ½,—blond with bright eyes—who spoke only Yiddish. He or those who adopted him were probably told that he was an orphan brought from Europe. He would be 65 or 66 years old today.

“I enclose pictures of him as an infant with our parents before coming to Israel. I regret that I don’t have any pictures of a later period. Perhaps this mail will, by some stroke of luck , be received by someone who will recognize or will find similarities in the faces of our parents and that of Israel.

“Please forward this email to anyone you can. Perhaps a miracle will happen, and I’ll be reunited with my long-lost brother. Thank you. shomronys@gmail.com.”

I’ve even tried my hand at it and have written lyrics to other people’s melodies. As a result, I am a member of ASCAP. I also admire poets. One of my favorites was Pope John Paul II, who wrote many verses when he was a young priest in Poland. And I just learned that CAROLINE KENNEDY teaches poetry to New York City school children and she and her late brother, John, used to write poetry and present it to their mom when they were very young.

I recently received this poetry written by a lovely lady, JEANINE ANNETTE RONIS. I’ve known Annette for many years, starting when we were just tikes back in Brooklyn. (Like me, for these many years, she is now a Floridian). I knew Annette’s sisters, ESTELLE and Roberta, and Annette’s parents, Lou and Dottie. (Unfortunately, Lou and Roberta were killed in a tragic auto accident many years ago. Roberta was just a baby at the time. Estelle also lives in Florida.)

Annette wrote this for her loving husband, JERRY, who, after 57 years of marriage, is no longer as he was. She titled it “Remember Always:”

“I want to remember two people in love,

The joy and passion of being together… no one else existed.

I want to remember our lives together as the years went by,

The children being born and seeing them growing up with so much love and pride,

I want to remember getting older with you and the years of happiness and the ones of heartaches too, which hurt less because we had each other,

Until we got struck with this disease from hell that’s taken you away from yourself and from me, I’m so lonely for you and so frightened when you are confused or nasty or at your worst, when I’m so tired and overwhelmed with taking care of you and I have angry and resentful thoughts… Especially then!

I must remember when you were you and I was me and we were us!”

I wanted to change to a lighter subject but…

I was going to write about Myron Blattner who sent me many jokes in these past few months. I just learned that wonderful Myron, who always made me smile, has died. What a terrible loss for our community. And I also learned that there was a memorial service for him led by Rabbi RICK SHERWIN at Congregation Beth Am. My friend, LARRY WARTELL, was there and sent me a note. Here is only a paragraph from it:

“The memorial service at Beth Am was crowded by his (Myron’s) friends, relatives and many members of both the Orlando Fringe organization and the Orlando Shakespeare Theater Guild. Myron was active with both groups.”

Larry’s note went on to tell about Myron’s son, MARC BLATTNER, giving the eulogy and telling of some amusing memories. (Along with the jokes Myron sent me, he was still providing laughs with the memories.)

I know how proud Myron was of his children, Marc and CYDNEE.

I especially remember Marc because he was one of my “Kadimaniks” many, many...too many years ago. I am also very proud of Marc, who is currently president and CEO of The Jewish Federation of Portland, Ore.

Above and beyond the call of duty is how JAMIE and WILL, plumbers with All About Plumbing, Casselberry, owned by BUDDY ROBOSKI, acted when they saw how upset GERRY ECKSTEIN was.

She was having trouble with a dishwasher… (an absolute disaster during Pesach) and they helped her out!

(Speaking of Passover, I attended a seder that was lovely in every way except there was NO SALT WATER FOR DIPPING! Oy Vay!)

I wrote about this adorable Dachshund last week and want to tell everyone that Rocky found a loving home.

If anyone deserves it, he does!

And while we’re on the subject of dogs, please go online to theanimalrescuesite.com.  Click on it so sheltered pets will get some free food. Thank you.

Moishe goes for a walk in the woods.

Suddenly, a 6-foot-tall grizzly bear appears and approaches him at quite a fast pace.

But then Moishe notices that the bear has stopped to put on a kippah and has also begun praying. 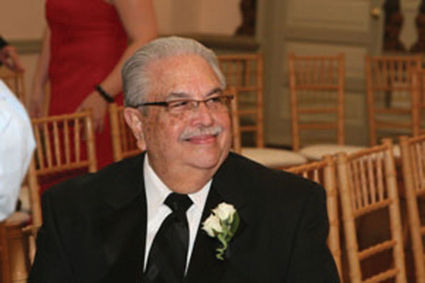 Saved, he thinks, and breathes a sigh of relief.

But as Moishe approaches the bear with an outstretched hand to greet a fellow Jew, he hears the bear conclude his prayer with, “Hamotze lechem min haaretz. Amen.”