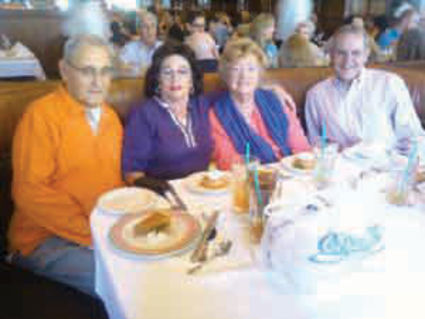 Wow! Talk about your good ideas…

Have any of you seen the latest Febreze commercials? (You know… the ones where people are blind-folded and asked to sit in a room or in a car.)

(This remark is possibly coming from a really lonely lady.)

A good friend, SCOTT McKENZIE, made a great suggestion the other day.

We meet every weekend at Fleet Peeples Dog Park in Winter Park, a delightful playground for doggies of all types and sizes and their owners.

The only thing unpleasant about the park is the contents of the large green garbage pails situated throughout. They are generally filled with poop in plastic bags that owners pick up after their delightful doggies. (However, the odor coming from the pails is NOT delightful!)

Maybe Febreze will follow through with Scott’s suggestion that they use one of these pails in a commercial. I doubt it though, because the odor coming from the dog park garbage pails is just too strong.

So strong, in fact, we can send a nuclear guided missile carrying one of these garbage pails over to North Korea and all Kim Jong-un’s threats against us will immediately stop!

For those who may not remember, Fleet Peeples was a much beloved swim instructor at Rollins College in Winter Park. He loved animals… and so now that he is deceased, the city of Winter Park honored him by naming this wonderful park after him.

I’ve met great people at the park through the years… many who are members of our community.

One gal that everyone I know really misses is JOAN REDDITT, who lived here in Central Florida for almost a half-century, but recently moved to Georgia. Things aren’t the same without her.

Come home, Joan, and bring your beautiful dogs, Bella and Duffy with you!

“Grease is the word”…

JESSICA WATZMAN, daughter of KAREN and DAVID WATZMAN of Altamonte Springs, will be performing in the musical “Grease” at Lake Brantley High School tonight (April 12) and tomorrow night (April 13) at 7 p.m. Last night was the official opening night for the hit show.

Talented Jessica, 18, will be portraying one of the “pink ladies.” She is a superb actress and singer.

For those who may not know, Jessica got her start as an actress way back when she was just a little girl at the Jewish Community Center in Maitland. (She’s a natural!)

At Lake Brantley High School, Jessica was instrumental in starting up a Jewish Club. She is involved in chorus and is, of course, a thespian.

Her involvements away from Lake Brantley High School are also notable. She is a regional officer in BBYO. And most exciting, Jessica has been accepted to and will attend the University of South Florida Honors College in Tampa.

Jessica’s parents and her sibling, ALLISON, 19, are very proud of her.

Tickets for a performance of “Grease” can be purchased at http://www.seatyourselfbiz/lakebrantley or at the door.

I never laughed so much…

I laugh at a lot of things… (my spouse mostly, but don’t tell him) and various comics on television, but I never laughed so much or so loud as when I saw an Australian movie called “The Adventures of Priscilla, Queen of the Desert” more than a decade ago.

I understand that the wild comedy is now a stage musical titled “Priscilla, Queen of the Desert” and it’s on its way to the Bob Carr Performing Arts Centre to be performed April 16 through April 21.

This OUTRAGEOUSLY funny show tells the uplifting story of a trio of friends, on a road trip of a lifetime, who hop aboard a battered old bus searching for love and friendship in the middle of the Australian outback and end up finding more than they could ever have dreamed.

An international hit with over 500 dazzling, 2011 Tony Award-winning costumes, “Priscilla, Queen of the Desert” features a hit parade of dance-floor favorites including “It’s Raining Men,” “Finally” and “I Will Survive.” The Hollywood Reporter calls PRISCILLA “funny and fabulous! Joyous entertainment with eye-popping visuals and unexpected heart!”

If you never see another show, YOU MUST AT LEAST SEE THIS ONE!

Everyone’s favorite person is probably HARRIETT LAKE because of all the wonderful and philanthropic things she does.

For information or for tickets to the event, phone 321-8415836 or online to irisdiaz@orlandohealth.com. You can also go online to purchase tickets at FriendsofHarriett.com.

And speaking of honoring do-gooders…

Their will be hors d’oeuvres, a gourmet dinner, music and a silent and live auction. Musicians, GAYLE and ROBERT COHEN will be featured.

The cost is $75 per person. Cocktail attire is recommended.

(I plan to repeat this just before the event.)

Please view the video clip at the website listed below and then forward it to all your contacts. The object is to place this video among the top five clips.

If you love Israel...

If you love Israel, you will love the video. It is Israel’s national anthem, Hatikva.

The Arabs living in the area are trying to have it removed from Youtube. http://youtu.be/BDxpVasvNPM

Remember, it must be clicked on or before Israeli Independence Day.

The Israeli Ambassador and the Minister of the Diaspora would like Israel’s  National Hymn, Hatikva to become the most popular video on You Tube by April 14, 2013, early enough to honor the 65th anniversary of Israel’s Independence.

Mr. Kenny Lee’s show on April 14 at the Sheraton Orlando North has been postponed for a few months. 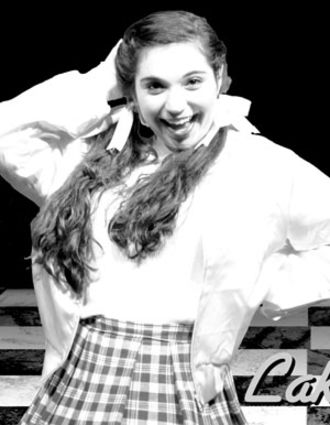 Becky says to Morris: “You’ll be sorry. I’m going to leave you!”

Morris responds: “Make up your mind. Which one is it going to be?”

That same Becky says to Sadie: “Just remember to be nice to your kids. They’ll be choosing your nursing home!”

Morris says (timidly) to Becky: “We’re not going out tonight and that’s semi-final!”

And once again, that poor Morris says (this time to his friend Max): “Becky’s two hours late.” And Max responds: “She’s probably been kidnapped or she’s been involved in a terrible car crash or she’s shopping.”

To that Morris answers: “Oy vay! I hope she’s not shopping!”