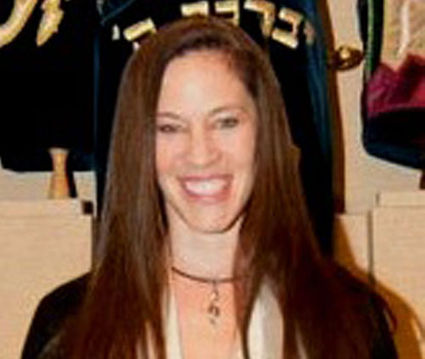 Cantor Jacki Rawiszer, cantor of Congregation of Reform Judaism in Orlando, has been elected secretary of the American Conference of Cantors for a three-year term beginning July 2013.

“Cantor Rawiszer brings her current experience as an active and current board member, having chaired and championed an important initiative for cantors to raise funds toward scholarships for our congregational youth to attend the Union for Reform Judaism’s summer camps,” said Cantor Susan Caro, president of the American Conference of Cantors. “Her attentiveness to detail will be well-suited to the record-keeping and the communications work of our Conference.

“Cantor Rawiszer embodies both joy and compassion in her current interactions with our membership. Her natural energy will be a source of strength and leadership for the new officer team.”

Rawiszer strives to combine her two greatest passions, Judaism and music to create a vibrant and warm worship experience for all who are part of the CRJ family, a CRJ official said. She feels strongly about the importance of Jewish musical and arts education for both adults and young people, and strives to develop new ways to approach our rich and diverse cultural heritage throughout our spiritual community.

Since 2002, Rawiszer has served CRJ as co-clergy with rabbinic colleague Rabbi Steven Engel. She completed the cantorial certification program through Hebrew Union College/School of Sacred Music in 2007 and is a graduate of the 2010 cohort of the Kellogg School of Management’s program for Jewish leaders. Rawiszer received her bachelor of arts degree from Emerson College in Boston and vocal training at the New England Conservatory of Music and Stetson University.