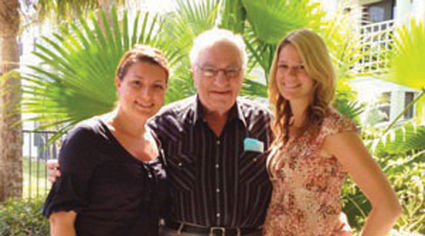 The following information comes directly from the Simon Wiesenthal Center with asides by me:

“Vicious attacks on the memory of the Holocaust…from denial to distortion…to revisionism…are erupting in countries worldwide. Every day in ways big and small, the deniers and anti-Semites are chipping away at our history, savaging the memory of the six million who perished. Some examples are: The senior Egyptian official in charge of appointing editors of all state-run Egyptian newspapers declares, ‘The myth of the Holocaust is an industry that America invented.’ And an extremist parliamentarian in a far-right party in Hungary calls for the government to create a list of Jews in Hungary who pose threats to national security (sounds like something the Nazis did in the 1940s). How about the Sunday London Times editors publishing a cartoon on Holocaust Memorial Day depicting Israeli Prime Minister, BENJAMIN NETANYAHU building a wall cemented with the blood and bodies of Palestinian men, women and children? (I did say London, as in England, our staunch ally! There are many more examples, believe me. Unfortunately, anti-Semitism is alive and well.)

“Loyal support from Jews around the world ensure that the Simon Wiesenthal Center is able to effectively confront and combat Holocaust denial wherever and whenever it appears. And that includes Iran, where the Center recently made a major breakthrough in bringing the truth to the beleaguered Iranian people.” (Iran uses Holocaust denial as part of its pre-genocidal propaganda assault on Israel, labeling the Jewish people as serial liars and criminals, and depicting Israel as a cancer.)

Please consider donating to the Simon Wiesenthal Center ASAP. To do so, phone 1-800-900-9036 or go online to http://www.wiesenthal.com for information.

Every time I ask BERNY RAFF how he is, he answers “super.” (Every time!)

Berny is one of the nicest, sweetest, kindest (and most pleasant) people I have ever met. I know him for many years and he has always been so.

Berny is a giver and a doer, especially in our Jewish community. For the past few years he has been president of the Congregation Ohev Shalom Seniors among his credits.

I recently received a letter from him, describing what he has gone through. I never knew because, as I said before, when asked how he is, Berny always replies “Super.”  What a positive guy he is. Read the following and you will agree:

“I am an 86-year-old male who on Jan. 26, 2012, fell and hurt my ankle. I went to the emergency room where I was told I broke my ankle and it was put in a cast. The next morning an orthopedic doctor came in and said that I did not break it, and removed the cast and put the foot in a boot. That is where my life started to change for the worst. No one after that even looked at or mentioned my ankle. Then all the tests began and it was determined that I had pneumonia. There were plenty more tests taken, so many that I am not aware of what they were all for. At this point the x-rays began to take up all of my time, and then of course came the word ‘operation’ and then another operation, until I had six major operations within a three-week period, at which point they told me I was dead for 6 1/2 minutes. After three months in the hospital, and three more months in rehab, I was told I could not return to my condo because it has 15 steps up to my loft, and so I was forced into assisted living.”

“After visiting several facilities, my choice was Chambrel. I moved in on Tuesday, July 17, 2012.

And since then my life has changed by over 100 percent, and I want you to know the way it changed was not only my listening and doing what my physical therapy and occupation therapy instructors told me to, along with my determination and positive attitude, but it was due to the fantastic people in that department.” Berny continues and gives credit:

Berny’s letter goes on to tell the wonderful ways Rachel, Lindsey and Angie helped him, taking him from a wheelchair, to an electric scooter, a four wheel walker, a two wheel walker, a four prong cane, a single prong cane and now he walks all over. Berny feels none of his accomplishments would have been achieved without Angie, Rachel and Lindsey. He says he owes his new life to them.

(I’m sure these three dedicated gals are the reason Berny says he feels “super.”  I am so touched by them, in fact, I want to write a little more about them. Angie enjoys working with the geriatric population and is passionate about assisting patients to regain independence. Rachel specializes in working with people who have sustained neurological and orthopedic injuries. She really enjoys making a positive difference in their lives, especially when they regain their independence and quality of life. Lindsay also specializes in working with older adults. She loves helping others and feels very blessed to work with Berny.)

The Jewish Pavilion will be honoring DEBBIE MEITIN and CATHY SWERDLOW at 5 p.m. Sunday, April 21 at the Orlando Marriott Lake Mary. For details, phone WENDY LEVINE at 407-678-9363.

There will be rides, activities, food, shopping, live shows and I repeat, food and shopping (because they are my two favorite things!)

The Festival takes place at Cranes Roost Park in Altamonte Springs from 10 a.m. until 4 p.m. Plan to be there, especially with the kids!

For more information, go online to http://www.orlandojcc.org or phone the JCC.

I’m referring to ZACH LEVINE, who has relatives in the Orlando area. They are very proud of him indeed, not only because he is a superb and talented entertainer who has performed in many shows (usually playing the lead), but he is also extremely smart!

Zach, the son of STACEY and MICHAEL LEVINE, is graduating as valedictorian of his high school and has been accepted into Princeton, one of the more prestigious universities in the United States!

He makes his parents, sister COURTNEY LEVINE, and grandparents, very proud of him! Who wouldn’t be?

Maurice and Isaac found themselves sitting next to each other in a New York bar. After a while, Maurice looks at Isaac and says, “I can’t help but think from listening to you, that you’re from Israel.”

Isaac responds proudly, “I am!”

Maurice says, “So am I! And where might you be from?”

Maurice responds, “So am I! And where did you live?”

Isaac says, “A lovely little area two miles east of King David’s Hotel. Not too far from the old city.”

Maurice says, “Unbelievable! What school did you attend?”

Maurice gets really excited, and says, “And so did I. Tell me, what year did you graduate?”

Maurice exclaims, “Amazing! This is bashert. Hashem wanted us to meet! I can hardly believe our good luck at winding up in the same bar tonight. Can you believe it? I graduated from Yeshiva University in 1984 also.”

About this time, Joshua enters the bar, sits down and orders a beer. The bartender walks over to him shaking his head and mutters, “It’s going to be a long night tonight, the Goldberg twins are drunk again.”