Author of 'Rashi's Daughters' to speak about her new novel 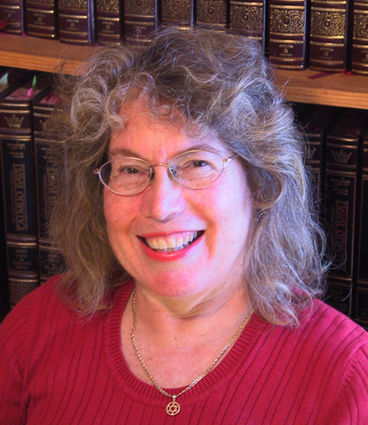 Few people expect to uncover tales of Jewish magic and sorcery while searching for female names common to third-century Babylonia.

Then again, even fewer people expect a chemist to become a critically acclaimed author of Jewish historical fiction.

Maggie Anton, author of the “Rashi’s Daughters” trilogy, has experienced both situations. She will speak about her writing process and her new book, “Rav Hisda’s Daughter, Book I: Apprentice: A Novel of Love, the Talmud, and Sorcery,” at 7 p.m. Thursday, May 9 in the Temple Israel Roth Social Hall, 50 S. Moss Road, Winter Springs. The event is organized by Temple Israel Sisterhood.

“Rav Hisda’s Daughter, Book I” takes place in third-century Babylonia, at the time when the rabbis were writing the Talmud. The daughter of the prominent rabbi Rav Hisda caught Anton’s attention when she found a Talmud passage detailing an occurrence from when the girl, whom Anton names Hisdadukh, was 8 or 9 years old.

The passage says Rav Hisda’s daughter is in the classroom with her father when he calls up his two best students and asks which one she wants to marry. Astonishingly, she answers, “Both of them”—and the Talmud says that is exactly what happens. She marries the older student and bears his children, and then marries the younger one and has children with him after she is widowed.

Anton’s desire to write the kind of book she wanted to read is what led her to become a writer in the first place, turning away from a career as a clinical chemist.

“I did not even take English in college,” she said.

But as Anton began studying Talmud later in life, she became intrigued by the women mentioned—though not focused on—in the Talmud. When she read that Rashi, the great Talmudic scholar of 11th century France, had three daughters who were “reputed to be learners,” she wondered what their lives were like. Thus was born her trilogy, “Rashi’s Daughters.”

Anton said she had all three books sketched out when she started writing the “Rashi’s Daughters” series, but the “fun part” was discovering new stories and tidbits of information while researching, since she continued to study Talmud throughout the writing process.

In contrast, “Rav Hisda’s Daughter” didn’t start out as a series. In fact, it didn’t even start out as a book about magic and sorcery. Anton said she was looking at Babylonian incantation bowls to choose a relevant and appropriate name for the character of Rav Hisda’s daughter when she noticed the bowls were written in Hebrew characters and quoted sacred Jewish texts such as the Torah and Mishnah.

Wondering what the Talmud had to say about literate Jews calling on magic and sorcery, Anton soon found that the Talmud was full of positive references to magic and that “the rabbis are adamant that sorcery is the provinces of women,” she said.

“And that’s when it occurred to me,” Anton said, “No wonder the rabbis don’t have any complaints about these women. They’re their wives and daughters! These are women in rabbinic households who would have the necessary skills to write these incantation bowls.”

Thus, “Rav Hisda’s Daughter” took on a new trajectory. Anton intends to show how Hisdadukh chooses to be a sorceress, how she learns, who teaches her, the challenges she encounters along the way of becoming a sorceress, and other developments she never could have envisioned before discovering the Babylonian incantation bowls.

“That’s probably the most difficult challenge: to take the reader into this world that frankly is as bizarre as anything in a science fiction or fantasy novel, except that this world really does exist in Jewish history—or did exist,” Anton said.

Anton said she hopes her books and her discussions with communities like the Orlando Jewish community will encourage Jewish women, and Jews in general, to study Talmud.

Cathy Swerdlow, Temple Israel Sisterhood program chairwoman, said Anton’s own experience studying Talmud is one of the reasons why she wanted to bring the author to the Orlando Jewish community. 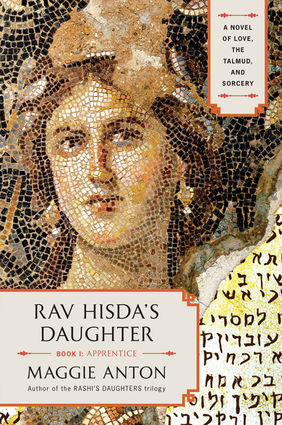 “I know many women who have enjoyed her books, and I think it would just enrich other people to hear her speak.”

Following Anton’s remarks at the May 9 Temple Israel Sisterhood event, attendees can mingle with the author at a dessert and coffee reception. Books will be available for sale and signing.