May is designated “Jewish American Heritage Month.” (I bet you didn’t know that. I certainly didn’t!)

It is the official time we celebrate the contributions of Jewish Americans who have helped weave the fabric of American history, culture and society. (You can learn more about it at http://www.jahm.us.).

Rabbi Dov Behr Manischewitz (a familiar name to most of us) and his wife Nesha Manischewitz are the first to be the founding corporate sponsors of Jewish American Heritage Month. They arrived in America in late 1885 from Lithuania. By 1888 he was a highly respected shochet for the Jewish Cincinnati community. Always ambitious, one day he decided to bake matzahs and the rest is history.

According to the National Museum of American Jewish History:

“Nearly half of the world’s Jews reside in the United States…more than in any other country in the world except Israel. Although the Jewish population has never grown to be more than 3 percent of the U.S. population, no one (well maybe Muslims) could possibly deny that American Jews have been significant contributors to virtually every element of human endeavor that has helped make this nation great: the arts, politics, science, economics, peace, technology, foreign affairs, civil rights, and so much more. Most important, and for this we all should be especially proud, Jews are central to the struggle to define precisely what it means to be free in America. From the time the first Jews arrived in New Amsterdam, or helped settle Charleston, looking to escape prejudice, tyranny, or poverty, and create opportunity for themselves and their families, Jews have been seeking freedom.”

There are too many Jewish heroes to mention here (especially in science and medicine) but two that come to mind are as follows:

American born poet, Emma Lazarus, a Sephardic Jew whose family came from Portugal, is mostly known for her work titled “The New Colossus” whose lines appear on a bronze plaque in the pedestal of the Statue of Liberty in New York Harbor. (Through her mother, she was related to Benjamin Cardozo, Associate Justice of the U.S. Supreme Court.) Her writings attracted the attention of Ralph Waldo Emerson, who corresponded with her until his death. Emma Lazarus was honored by the Office of the Manhattan Borough President in March 2008 and was included in a map of historical sites related or dedicated to important women.  Here is “The New Colossus:”

With conquering limbs astride from land to land;

Here at our sea-washed, sunset gates shall stand

A mighty woman with a torch, whose flame

Is the imprisoned lightning, and her name

Mother of Exiles. From her beacon-hand

With silent lips. ‘Give me your tired, your poor,

The wretched refuse of your teeming shore.

Send these, the homeless, tempest-tost to me,

I lift my lamp beside the golden door!”

Another American Jew that comes to my mind is Haym Solomon:

Also Sephardic (like my Irving), he immigrated to New York from Poland (though of Spanish/Portuguese ancestry). He was a broker who aided the Continental Army during the American Revolutionary War against Great Britain. In 1781, the Continental Army had trapped Lt. Gen. Cornwallis in Yorktown. George Washington and our main army and the main army of the French, decided to march from the Hudson Highlands to Yorktown to deliver the final blow…but Washington’s war chest was completely empty as was that of Congress (sound familiar?).

Washington determined that he needed at least $20,000 to finance the campaign. When told that there were no funds and no credit available, Washington ordered: “Send for Haym Solomon.” Solomon raised $20,000, through the sale of bills of exchange, and Washington conducted the Yorktown campaign, which proved to be the final battle of the Revolution.

He was a true hero of the American Revolution!

I refer to our own HARRIS ROSEN who went from a childhood in a rough New York City neighborhood to becoming a millionaire whose company owns seven hotels in Orlando, but his self-made success is not his proudest achievement. Twenty years ago, the Orlando neighborhood of Tangelo Park was a crime-infested place where people were afraid to walk down the street. The graduation rate at the local high school was 25 percent. Having amassed a fortune from his success in the hotel business, Rosen decided Tangelo Park needed some hospitality of its own.

Harris began his philanthropic efforts by paying for day care for parents in Tangelo Park, a community of about 3,000 people. When those children reached high school, he created a scholarship program in which he offered to pay free tuition to Florida state colleges for any students in the neighborhood. In the two decades since starting the programs, Rosen has donated nearly $10 million, and the results have been remarkable. The high school graduation rate is now nearly 100 percent, and some property values have quadrupled. The crime rate has been cut in half, according to a study by the University of Central Florida. “We’ve given them hope,’’ Rosen said. “We’ve given these kids hope, and given the families hope. And hope is an amazing thing.”

(You are “amazing” Mister Rosen!)

Dr. TODD GOLUB, his wife, MARTHA, and their daughters, ZOE and AVERY, are fine, thank goodness. But when the terror in Boston the day of the marathon happened, Martha, made sure her girls were calmly watching a movie and not caught up in the fear and the horror of the catastrophic event.

Todd, involved in medical research at Harvard, and his wonderful family, have machatunim right here in Winter Park!  Of course they received many phone calls from concerned loved-ones.

Oh please! Memphis is in Tennessee. Orlando is in Florida!

But, nonetheless, the successful Broadway musical “Memphis” will be coming to Orlando’s Bob Carr Performing Arts Centre on May 14-19 for all of us to enjoy!

“Memphis” is set in the places where rock and roll was born in the1950s: the seedy nightclubs, radio stations and recording studios of the musically-rich Tennessee city. With an original score, it tells the fictional story of DJ Huey Calhoun, a good ole’ local boy with a passion for R&B music and Felicia Farrell, an up-and-coming black singer that he meets one fateful night on Beale Street. Despite the objections of their loved ones (Huey’s close-minded mama and Felicia’s cautious brother, a club owner), they embark on a dangerous affair. As their careers rise, the relationship is challenged by personal ambition and the pressures of an outside world unable to accept their love. This rollicking new musical is like a non-stop ball of energy. From the first notes of its electrifying opening number “Underground” right up to a rousing finale called “Steal Your Rock ‘n’ Roll,” Memphis delivers one energetic song after the next, with some of the best singing and dancing found in a Broadway show. Although the story deals with serious subjects regarding race, it’s never heavy-handed in the telling. It’s hard to imagine leaving “Memphis” without being lifted by its high-octane entertainment. 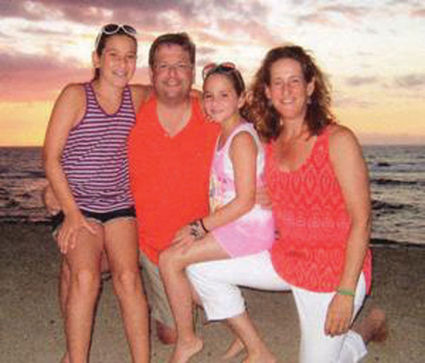 This joke is another repeat…but one of my favorites:

Moshe was talking to his psychiatrist. “I had a weird dream recently,” he says. “I saw my mother but then I noticed she had your face. I found this so worrying that I immediately awoke and couldn’t get back to sleep. I just stayed there thinking about it until 7a.m. I got up, made myself a slice of toast and some coffee and came straight here. Can you please help me explain the meaning of my dream?”

The psychiatrist kept silent for some time, then said, “One slice of toast and coffee? Do you call that a breakfast?”