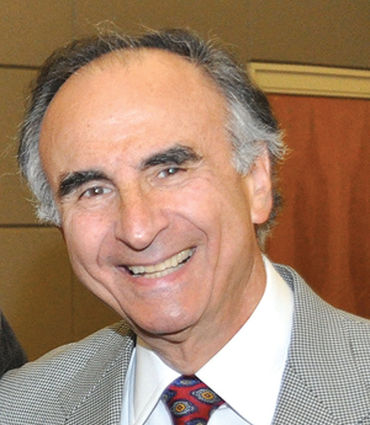 The Maimonides Medical and Cardozo Legal Societies of the Jewish Federation of Greater Orlando, in partnership with the Holocaust Memorial Resource and Education Center, are inviting the community to a presentation by Dr. Perry Brickman at 4 p.m. Sunday, June 2.

He will speak and present a film documenting the history of discrimination against Jewish students at Emory University’s Dental School between 1948-1961. This story was covered by the New York Times, CNN, and the AP, and has appeared in newspapers around the world for the past six months.

In 1952, home for the summer in Chattanooga, Tenn., after his first year of dental school, Brickman received a letter from the dean informing him that he had flunked out, even though he had always been an exemplary student. He learned later that summer that the other three Jewish students in his class had received similar letters. Brickman realized that he would not be readmitted at Emory, and was relieved to be admitted to the University of Tennessee School of Dentistry, where he graduated fourth in his class.

He held in the pain of his experience at Emory and moved forward, enjoying a successful 43-year career as an oral surgeon in Atlanta, including several years as a member of the State Board of Dental Examiners, appointed by the governor. Brickman never shared this part of his past with his family or friends until 2006, after viewing an exhibit created by Emory history professor Eric Goldstein in honor of the 30th anniversary of the Jewish Studies program at Emory. Most of the exhibit celebrated Jewish life at Emory in recent years, but one small three-fold display stopped Brickman cold. Backed up with a bar graph prepared by the Anti-Defamation League in 1962, the display presented the fact that from 1948-1961, 65 percent of the Jewish dental students at Emory were either flunked out or made to repeat up to two years of school.

This stunned him. Brickman had no idea that the religious discrimination he personally experienced at Emory Dental School in 1952 had lasted for so many years and had affected so many others.

Brickman spent the next few years identifying and locating every one of the students from that 12-year period, interviewing dozens of former dental students who had attended the school in the 1950s and 1960s, and poring over archived documents and personal papers he unearthed at libraries and collections around the country.

With this evidence, Brickman created a 56-minute homemade video revealing the pattern of discrimination by Emory’s Dental School dean and professors, and its repeated denial by Emory University’s administration. Where the ADL had exposed the statistics, Brickman wanted to focus on the individual students, who had never been acknowledged.

Recalling his early thoughts and motivation for the project, he said, “I thought I could do something, but I didn’t know where to go. I knew it happened to me and a few other guys, but no one said anything. The trouble was that no one talked about this. I had retired from practice in 2004, and when I told a few people I wanted to do this they said, ‘You don’t have to.’ Then one day out of the blue I got a phone call from Dr. Art Burns, whom I hadn’t heard from in 56 years. We talked about Emory and he told me, ‘This has been a burden to me every day of my life.’”

Brickman’s video overwhelmed Emory administrators and led them to commission a documentary film based on Brickman’s video footage. In October 2012, Emory University invited the former students and their families to the campus, where the dean of Emory University made a formal and very emotional apology to the former dental students and their families in front of a standing room only crowd. The documentary film “From Silence to Recognition: Confronting Discrimination in Emory’s Dental School History” was screened as part of the evening’s program.

“We are proud to bring such an important story to our community. Dr. Brickman’s work in researching the past in order to help others in the future is truly inspiring. It’s our hope that the community will join us on June 2 to view the film and discuss its lessons,” says Olga Yorish, JFGO executive director.

The event will include appetizers, screening of the documentary and a presentation from Brickman. Cover charge is $18. The event will be held at the John & Rita Lowndes Shakespeare Theatre, 812 E. Rollins St., Orlando. For more information and to RSVP, go to http://www.jfgo.org or contact Emely Katz at the Federation office: 407-645-5933, ext. 239.