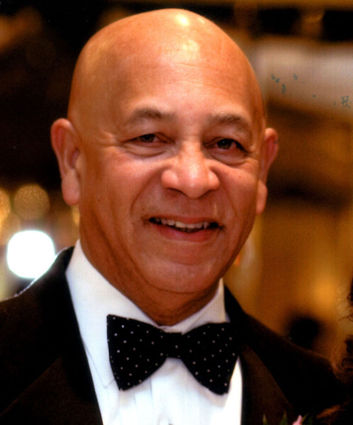 On June 18, 1964, 16 rabbis were arrested in St. Augustine, the largest mass arrest of rabbis in the United States,

On June 18, 2013, an African-American student of one of those rabbis will join his voice to the voices of those 16, as the St. Augustine Jewish Historical Society marks the 49th anniversary of the work of those rabbis who were here to be stand with the Rev. Martin Luther King Jr. in his efforts to drive the Ku Klux Klan out of America’s oldest city.

The St. Augustine Jewish Historical Society will mark the 49th anniversary of the largest mass arrest of rabbis in the United States that took place in St. Augustine as they gather across the street from the arrest site, now the Hilton Garden Inn, 32 Avenida Menendez. The group will come together at noon to hear Dr. Wayne Gunthorpe read the two-page letter written by the rabbis in the St. Johns County Jail. The 20-minute ceremony is open to the public. There is no charge and no advance arrangements need be made. All are welcome.

The 16 rabbis arrested came to St. Augustine in response to an appeal made by Reverend Martin Luther King Jr. addressed to a meeting of the Central Conference of American Rabbis through his friend, Rabbi Israel Dresner, then in the pulpit of Springfield, New Jersey’s Temple Sha’arey Shalom. Reverend King asked the rabbis to join him in St. Augustine in “a creative witness to our joint convictions of equality and racial justice.”

The anniversary ceremony will include the reading of a letter composed by the 16 Rabbis, including Rabbi Leon Jick, then of the Free Synagogue of Westchester in Mt. Vernon, N.Y. The letter will be read by a former student of Rabbi Jick, Dr. Wayne Gunthorpe, a psychologist, recently retired from Piscataway Township School District, N.J.

Gunthorpe, who holds a Ph.D. from Rutgers University is a former adjunct professor of psychology at the University of New Jersey. His book, Skin Color Recognition, Preference and Identification in Interracial Children: A Comparative Study, published in 1998 by University Press of America is still widely used.

The Jewish Historical Society sees St. Augustine as both a geographical and spiritual center for the preservation of the memory of the role Jews played in the Civil Rights movement. Dr. Howard Sachar, professor emeritus of History and International Affairs at George Washington University has noted that, “nowhere did Jews identify themselves more forth­rightly with the liberal avant-garde than in the Civil Rights movement of the 1960s.”  Yet no one geographical location is identified with Jewish involvement in the movement for justice and racial equality.

The St. Augustine Jewish Historical Society was founded to promote greater understanding and knowledge of Jewish history in St. Augustine within a broad context. Although much of the work of the society has been in the understanding of the Jewish presence in St. Augustine during Spanish Colonial times beginning in 1565, the rich Jewish history of continental North America’s oldest European city contains stories begging to be told. Moses Elias Levy helped found free public education at St. Augustine in 1831 while his son, David Levy Yulee, who studied law in St. Augustine was instrumental in writing Florida’s first constitution and became the first U.S. senator of Jewish descent in 1845. The synagogue of First Congregation Sons of Israel, constructed in 1923 is the oldest in continuous use in the State of Florida.