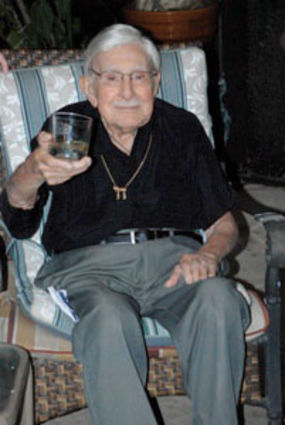 ”Oy Vay”! That expression really describes how I feel.

I’ve written about the terrible increase in anti-Semitism in Europe recently.

Now I find that the trend seems to be surfacing in America as well!

I’ve described in this column what my childhood was like in the very poor and very tough section of Brooklyn called Red Hook, where, with my family, I lived in the section’s low rent project for folks on welfare.

I told how I was beaten daily because I was Jewish.

After I had taken enough of the roughness and bumps and bruises, I opted for denial.

I pretended to be a Catholic, learned my Hail Mary’s, etc., until, as I learned after WWII’s end (while still quite young) about the Holocaust. I felt ashamed enough to push all memory of it out of my brain.

I recently uttered the “oy vay” again when I read the following special issue put out by the Anti-Defamation League:

“Among the more disturbing trends noted in ADL’s most recent audit of anti-Semitic activity in the U.S. is the prevalence of reports across the country of incidents of school bullying of Jewish students.

“The students reported being harassed and intimidated by their peers, who used offensive anti-Semitic stereotypes or comments evoking the Nazis or the Holocaust.”

As I continued reading, my blood was boiling:

“ADL continues to received a distressing number of complaints about children, adolescents and teenagers engaging in anti-Semitic behavior, both on and off school grounds,” said ROBERT G. SUGARMAN, former ADL national chair.

And the report continues:

“In recent years, ADL has become a national leader in developing tools and programs for helping young people respond to bullying, and training them as peer leaders to help end bullying.”

(I sure could have used such help back then! Now, slim, trim, petite but strong… LOL… I can defend myself.)

“ADL was instrumental in enacting state and federal laws that work to prevent bullying and its consequences.

“Continuing a consistent trend, the states with the highest totals of anti-Semitic incidents were those with large Jewish populations. The top four states were California with 235 incidents; New York, with 195 incidents; New Jersey, with 144 incidents: and Florida, with 111 incidents. Other states with double-digit totals include Massachusetts, Connecticut, Pennsylvania, Illinois and Texas.”

I am referring to a talented, smart, kind, funny, handsome and mature man who is truly “fabulous.” His name (if you couldn’t guess by all the adjectives) is IRVING JACOBSON.

I received this email from Irving’s daughter and son-in-law, JOY and LON WINTER:

“It was party time again at the home of Lon and Joy Winter. Family and friends gathered to celebrate Irving Jacobson’s 103rd birthday.

Irving’s first grandson Dr. MARK LUGER of Miami came up with his son JUSTIN who is Irving’s first great-grandchild. Grandson PAUL LUGER and Aunt JUDY, Lon’s twin sister, came in from Stuart. Lon and Joy’s daughter, JESSICA and baby JACK came in from Atlanta to help ‘Papa’ celebrate. Jack is Irving’s 12th great-grandchild. We announced Jack’s birth in this column last year. Jack turns 1 at the end of May.

Friends, LILLY and JOEL RUBEN and MOLLY and MOREY SOLOMON also joined in the celebration.

“As usual there was music, laughter and all around happiness.

Toward the end of the evening, Irving was sitting around the fire pit with his glass of scotch (see photo) kibitzing with everyone.  It was a beautiful evening honoring a beautiful man.”

(I know Irving personally. He is truly a “beautiful man.” Bright, handsome, funny… a joy to be around. Please let me write about his 104th birthday party next year!

I’ve had the pleasure of writing about GAIL and EDDIE MARCUS in this column before. They are truly wonderful and unselfishly-giving, caring people. They donate to and support so many worthy causes.

What some people may not know about them is that they are funny… truly funny, especially Eddie. He has the timing of a professional comedian!

For instance…on a recent cruise, Gail and Eddie were in the audience where a comic was part of the act. Their sharp appearance caught the eye of the comic and he decided to talk to them during his performance. “How many years are you married?” he asked them. When he heard that they were married almost a decade more than half-a-century, he inquired how they kept it going so many years. “Well,” Eddie responded, “Every morning when I wake up, I apologize!”

(Ever since the show, fellow cruisers have strolled up to them on deck to get to know them!)

Heritage Florida Jewish News former editor, LYN DAVIDSON, has been living and working in San Francisco, California, and loving her life there. She posts often on Facebook.

She recently commented on the social media site that Iranian leaders accuse Jews of witchcraft: “The Jews have the greatest powers of sorcery, and they make use of this tool.…”

She answered, “Ummm, Iran, I think we actually make use of another tool entirely,” she said.

(Knowing of our advances in science, medicine…everything, she must mean the brain!)

The second man married a Mormon woman from Utah. 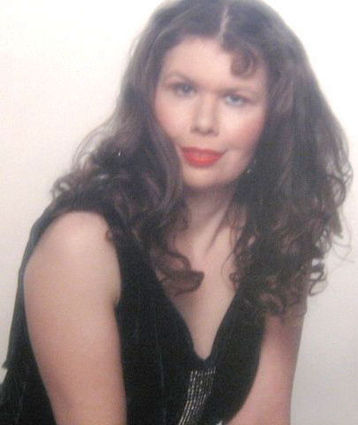 He gave his wife orders that she was to do all the cleaning, dishes and the cooking. The first day he didn’t see any results, but the next day he saw it was better. By the third day, he saw his house was clean, the dishes were done and there was a huge dinner on the table.

The third man married a Jewish girl from New York.

He ordered her to keep the house clean, dishes washed, lawn mowed, laundry washed, and hot meals on the table for every meal.

(I wonder what Irv was going to tell me? Where’d he go?)