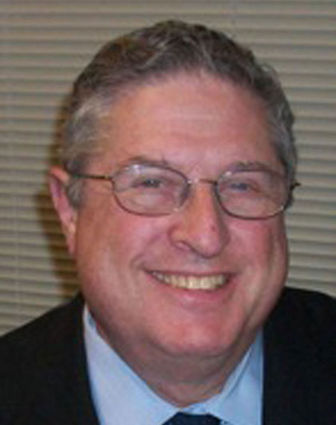 Hal Bookbinder, a world-renowned expert in genealogy, will be the guest speaker at the next monthly meeting of the Jewish Genealogical Society of Greater Orlando (JGSGO).

“The Changing Borders of Eastern Europe” will be presented at 1 p.m. Sunday, May 19 at the Social Hall in the Southwest Orlando Jewish Congregation, 11200 S. Apopka Vineland Road, Orlando. The event is open to the public at $5 for nonmembers and free for members.

Few Jews lived in Eastern Europe 1,000 years ago. Yet, it was to become the home of 80 percent of the world’s Jews. As Russia expanded westward, more and more Jews came within the Russian Empire.

This talk examines Russia’s efforts to limit the Jews in its midst and the Eastern European border changes, which frequently resulted in ancestral towns coming under the rule of several countries over time. Recognizing which governments were in control at various times can help in understanding the environment in which ancestors lived, events that stimulated migration, languages in which records were kept and likely locations where these records might be found.

Bookbinder has served as president of the JGS Los Angeles (JGSLA) and the International Association of JGS’s (IAJGS) as well as a founding member of the JGS of the Conejo Valley and Ventura County (JGSCV). He currently serves on the JewishGen Board of Governors, chairing its Strategic Planning Committee. He has chaired or served in a leadership role for eight IAJGS conferences, is advisor to the 2013 Conference in Boston and is co-chairing the 2014 conference in Salt Lake City. Bookbinder has published numerous articles on research techniques, Jewish history, border changes and safe computing. In 2010, he was honored with the IAJGS Lifetime Achievement Award.

Bookbinder has identified more than 3,500 relatives in eight lines, taking two of these back into the mid-18th century. His family roots are primarily from the area currently within the Ukraine and adjacent areas of Moldova, Belarus, Russia and Poland.

His lecture on “The Changing Borders of Eastern Europe” is fundamental for those researching their Jewish Eastern European family history.

The Jewish Genealogical Society of Greater Orlando (JGSGO) is a not for profit organization dedicated to sharing genealogical information, techniques and research tools with anyone interested in Jewish genealogy and family history. Anyone may join JGSGO. Annual dues are $25 for an individual and $30 for a family. For more information visit our blog at http://www.jgsgo.blogspot.com and “like” us at http://www.facebook.com/jgsgreaterorlando.