Catching up with comedian David Steinberg 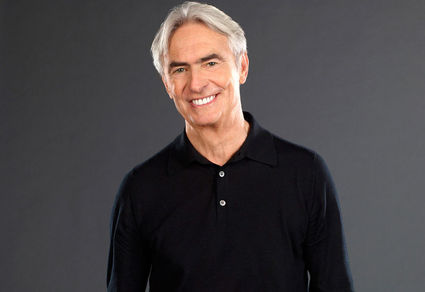 If you’re ever having trouble finding common ground among the generations at a family event, here’s a tip: Bring up David Steinberg.

The 70-year-old Steinberg has been making people laugh ever since he began his career with the Second City comedy/improv group in Chicago in 1964.

In the ensuing decades, he has cemented his place in the front rank of comedy, performing “sermons” on “The Smothers Brothers Comedy Hour” in the 1960s, doing standup gigs and spending more time with Johnny Carson than anyone other than Bob Hope, with 140 appearances on “The Tonight Show.

Since the early 1990s, Steinberg has focused his efforts behind the camera. He has directed some of the best comedies on television, including “Mad About You,” “Newhart,” “Seinfeld,” “Weeds” and “Curb Your Enthusiasm,” and the just-completed second season of his one-on-one interview series on Showtime, “Inside Comedy.

Despite his directing success, Steinberg says there has been a near-constant campaign by his friends and colleagues for him to return to live comedy. “Every one of my friends—like Larry Charles, Larry David, Jerry Seinfeld—they all would ask, ‘When are you going back onstage? We want to see you!’ ”

Steinberg says that he didn’t purposely leave standup; it just became less of a priority as his directing career took precedence. Even though he is now one of the most sought-after directors in comedic television, Steinberg recalls that he almost bypassed television entirely. “Burt Reynolds was a friend of mine and he wanted me to direct one of his films”—1981’s “Paternity.” After making the movie, Steinberg, against the advice of his agent, manager and the prevailing wisdom in Hollywood that television was where film careers went to die, decided that he would rather direct sitcoms. “I was ahead of the crowd, and I rode the wave as long as I could,” he says about that decision.

Swimming with the sharks in Hollywood is a long way from Steinberg’s childhood in Winnipeg, Canada. The son of Bes­sarabian immigrants (his father was a grocer and an Orthodox rabbi), Steinberg says that, “humor was a natural way to communicate in my family.” His earliest comedic influences other than his family were the radio shows of Jack Benny and George Burns. “I never knew they were Jewish,” he says with a laugh, “I thought George Burns was Irish!”

He left home at age 16 to spend almost four years at a yeshiva in Chicago, and he also studied at Hebrew University in Jerusalem. He later transferred to the University of Chicago, and soon joined Second City to hone his talents. Until then, he had no idea that he could make a living at comedy. “It was something I was really good at, and I wanted to pursue it,” he says

His religious background is such a part of both his private and public personas that it is easy to understand why he became one of the first mainstream entertainers to refuse to change his surname. His conversations are peppered with Jewish references: When referring to the times that he and Steve Martin worked together on “The Smothers Brothers,” he says, “When you work together on a show, you really get to know each other—like being at a shiva together.” When talking about working on the scripts for “Curb Your Enthusiasm,” he likens it to ”sitting over the Talmud and analyzing it to death: ‘What if you do this? What if you do that?’ ”

His deep knowledge of Judaism would lead to his most notorious performances, the two “sermons” he did on “The Smothers Brothers” that became some of the final nails in the coffin for the variety show, which had become wildly popular due to its satirical takes on the hot-button topics of the late 1960s like the Vietnam War and racism.

“I would take these Old Testament personalities and do a sermon,” he recalls. “And because I had been in yeshiva, I knew the material very well. When I did the first sermon on the show”—about Moses and the burning bush—“CBS received the most mail in their history.” Unfortunately, it was overwhelmingly negative. Viewers were not used to religion being talked about in a comedy bit, especially not by a Jew, and they let the network know it.

Accordingly, Steinberg was shocked when told he could appear on the show again—provided he didn’t do another sermon. He recalls that the network’s edict “was like waving a red flag at Tommy Smothers,” who told him to do it anyway. The episode featuring his sermon on Jonah and the gentiles “grabbing the Jews by the Old Testament” never aired and the network used the sermon as one of its reasons for canceling TV’s top-rated program in 1969.

There are no such concerns with his latest show, “Inside Comedy.” Each half-hour episode features Steinberg interviewing comedians about their craft, from pioneers like Mel Brooks, Carl Reiner and Don Rickles to current stars like Tina Fey, Louis CK and Judd Apatow.

The series is notable for its air of bonhomie and ease. Steinberg knows all of his interviewees, and the camaraderie is evident, from the relaxed conversations to the laughter of the crew following certain exchanges.

Speaking to the unforced, intimate feel of the show, Steinberg says that it’s because comedians are a band of brothers. “We’ve all done the same thing, which is a unique thing to do: We stand up in front of an audience”—alone, trying to make them laugh.

Listening to Steinberg describe the onstage experience, the passion in his voice makes it clear why he decided to get back in front of the microphone. It seems only natural that after talking to so many of his performing brethren that he would want to feel the rush again himself. He says that, even though he hasn’t done standup with any frequency since Carson left, he has continued to work out routines in his head—what he would talk about, what he would do.

“The scary part is when you’re onstage: If the audience doesn’t like what you’re doing, it’s not like a Broadway show,” he explains. “The audience isn’t saying, ‘I didn’t like the sets, I didn’t like the music—it’s you. I don’t like you.’ And they tell you that by not laughing and not responding. You are forged through that. You only get good at standup through failure. It’s the only field I know of where you have to fail in front of an audience.”

Greg Salisbury is the arts and culture editor at the (Philadelphia) Jewish Exponent, from which this article was reprinted by permission.