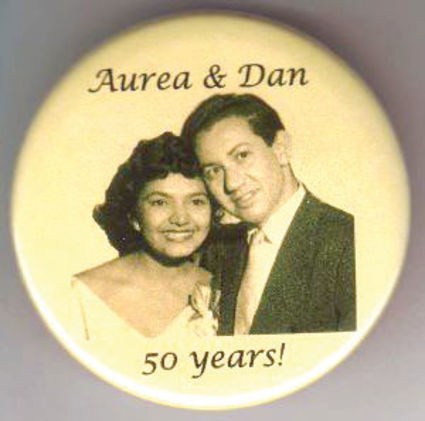 ”Oy am I fahklempt” department…

You know what fahklempt means… eyes tear up and a lump in the throat. That’s how I felt after just seeing “Yankee Doodle Dandy” on television with James Cagney.

(I know very few actor’s names these days. It feels great to see a name I recognize.)

Anyway, although I know that Hollywood movies take liberties with the whole truth, it was still nice to hear the story of George M. Cohan, who at the turn of the last century, wrote songs like “Give my regards to Broadway,” “Over There” and “You’re a Grand Old Flag.”

(It sure beats the crap… oops… rap of today.) In fact, I found myself feeling very patriotic, even singing along! And I’m so proud to be an American!

This is a tribute to a wonderful lady who recently passed away. Her name was Aurea Keyes.

Aurea was the wife of world renowned writer, DANIEL KEYES, who wrote “Flowers For Algernon” which was made into the movie “Charlie.” He’s also written many other successful books.

Dan and Aurea, who was a very talented photographer and painter, were married for about 60 years. One of the songs he sang to her throughout their love was the haunting “Dearly Beloved,” which was composed by Jerome Kern (also a landsman). The words (written by Johnny Mercer) were very fitting for this devoted couple (unlike any rap song of today):

“Dearly Beloved, how clearly I see…

Somewhere in heaven you were fashioned for me…

Angel eyes knew you, Angel voices led me to you…

Nothing could save me, fate gave me a sign…

I know that I’ll be yours come shower or shine…

So I say, merely, Dearly Beloved, be mine.”

Aurea died in the wee hours of May 14 with the couple’s lovely daughters, HILLARY and LESLIE, at her side. Danny phoned her from their home and sang to her earlier that night.

(I hadn’t seen much of Aurea over the past few years, although she and Dan live here in Florida… but I must say, every time I did, she was cheerful and smiling… a real joy to be around! In fact, when I first met her I was still a child and visiting at my aunt Betty’s house in Brooklyn, N.Y. Aurea was dating my cousin, Dan, whose mom, Betty and my mom, Sally, were sisters.

Even then, meeting new family members, Aurea was so bright, sweet and smiling. I will always remember her that way.)

I received the following email from JENNI H. SUJKA and her family. It is about a new book of poetry titled “Running On Saint George Street: A New Generation of Poets.” Jenni’s siblings are JOSEPH, a third year medical student; EMILY, a freshman at NYU; and ANDREI, who will be attending Flagler College in the fall. Jenni’s parents are Dr. SHARI YUDENFREUND-SUJKA and Dr. STAN K. SUJKA. They are all very proud of her, indeed!

I pass the email along to you:

“The idea for the book started in my advanced poetry class at Flagler College with the help of my dad” says Jenni Sujka of Winter Park, who compiled the collection of poems in Running on Saint George Street. “I found myself around an eclectic group of young writers who all had their own signature style,” states Jenni “and I wanted to share the talents of my peers to as many people outside of our classroom.”

The poems range in style and subject matter. They stimulate the mind and provoke the senses. For example, “Love Lessons of Chinese Take-out” by JENNIFER NASIPAK is a light and funny poem about fortune cookies and the tradition for some people to add the phrase “in bed” at the conclusion of each fortune. Poems of more serious nature are “Revolver” by LUKAS GARNER and “Cardboard Box House” by Jenni Sujka. Fifteen different poets, all Flagler College Student, contribute to the collection.

“The book” according to Jenni “would not have been possible without the inspiration, guidance and leadership of Professor ELIZABETH ROBBINS.” In the dedication, Jenni states that Professor Robbins “motivated each one of us to dig deeper into our hearts and soul, tell a story, and then helped us put our thoughts and feelings into poems.”

“The hardest part about putting this collection of poems together was choosing the poems,” says Jenni. “We have such great writers at Flagler College who write about different topics and techniques.” After reading, rereading, and selecting the poems for the book, Jenni says she would do it again in a heartbeat. “It was fun and eye-opening. It was interesting to see how writers handled the same topics. Some of the different styles of poetry represented in the collection included sonnets, work poetry, and acrostics (which sounds simpler than it is to make).”

All our lives could always use a little more reflection and richness and Running on Saint George Street provides that and more. It serves to provide a glimpse into the next generation of poets.

The book is available at Amazon.com or at BooksToBelieveIn.com.

Sounds like fun… especially if it’s for a good cause. And it is!

I received the following from the Jewish Pavilion:

“Imagine sitting in your office at a charitable institution and receiving a visit from two gentlemen who want to raise money on your behalf. This is exactly what happened to NANCY LUDIN, executive director of the Jewish Pavilion, when she met with KEN DAVIS and LLOYD GREEN several months ago. Lloyd was very involved with running a golf tournament on behalf of Jewish seniors in London and Ken was thankful for the love and attention the Jewish Pavilion lavished on his mother-in-law Lill Spiegel, who lived at Chambrel. Together they concocted a plan to coordinate an annual golf tournament. Naturally, the Pavilion Board unanimously approved their decision. 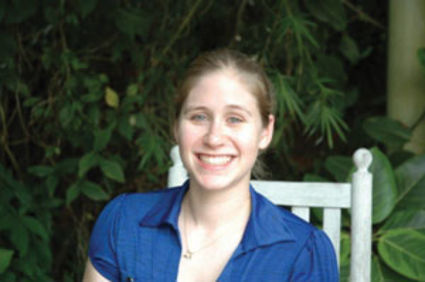 The first Pavilion Golf Society tournament will be held at Alaqua Country Club on Sunday, June 2. Breakfast begins at 7:15 a.m. and the shotgun start is at 8:30 a.m. The price to golf is $100 per person. One can register at http://www.jewishpavilion.org. Sponsorships range from $1000 and up and include a page in the PGS Ad book and the opportunity to set up a welcome tent at the tournament.”

(So get golfing, you golfers out there!)

Ruth had just stepped out of the shower when she heard her doorbell ring. “Who is it?” she shouted downstairs.

Ruth decided it didn’t matter if she opened the door without any clothes on because the man was blind. In fact she thought it would be a rather daring thing to do.

So she opened the door wide and he said, “It’s Sears Department Store, Fashion Square. Where do you want me to put these blinds?”