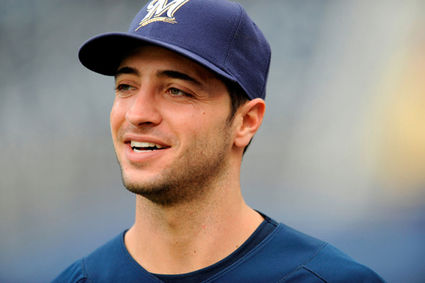 With about 40 games gone by— one quarter of the season—here’s a look at how the JMLs are faring as of May 19:

Like last year, New York Mets first baseman Ike Davis has gotten off to a horrible start, so much so that fans and media are clamoring for his demotion to the minor leagues. In 39 games, Davis is batting just .156 with four home runs and nine runs batted in.

The New York Yankees signed Kevin Youkilis to fill in for third baseman Alex Rodriguez, who was due to miss at least half the season while he recuperates from hip surgery. But the fragile Youkilis was himself placed on the disabled list with back problems on April 30. He had appeared in just 17 games, batting .266 with two home runs and seven RBI.

Ryan Braun has remained relatively healthy and on par with his career statistics. He’s batting .317 with eight home runs and 28 RBI for the Milwaukee Brewers, who are actually worse than the Mets at this point. Braun’s stolen base numbers are down, however, and it appears doubtful he’ll rejoin the 30 home run/30 steals club for the third straight year.

The Texas Rangers put second baseman Ian Kinsler on the DL on May 18 because of a rib injury sustained on an awkward slide. Kinsler had been hitting .302 with seven home runs and 20 RBI.

After a shaky start, Chicago Cubs’ pitcher Scott Feldman is on a tear, winning four straight decisions and lowering his earned run average to 2.19, sixth-best in the National League. He’s also doing surprisingly well at the plate: he doubled in two runs in his most recent game, an 8-2 win over the Mets on May 18.

Craig Breslow spent the first month on the DL for the Boston Red Sox. Since his return on May 6, the lefty-reliever is 1-0 in seven games (6.2 innings pitched) with a 1.35 ERA.

First baseman Nate Freiman (pronounced “FRY-man”) was acquired from the Houston Astros by the Oakland As at the end of spring training. He’s used sparingly: Freiman has appeared in just 20 games, mostly as a pinch-hitter or defensive replacement. He’s batting .229 with one home run and seven RBI.

The Boston Red Sox called up catcher Ryan Lavarnway twice; the first time he was with the team just a few days without getting into a game before being returned to the minors. He was recalled May 12 and has made it into two contests, going 1-7 with two RBI.

Defensive specialist Sam Fuld has appeared in 32 games for the Tampa Bay Rays, mostly in the later innings. He has 11 hits in 58 at bats (.190) with one triple and one RBI.

Ron Kaplan is the features editor for the New Jersey Jewish News, from which this article was reprinted by permission.