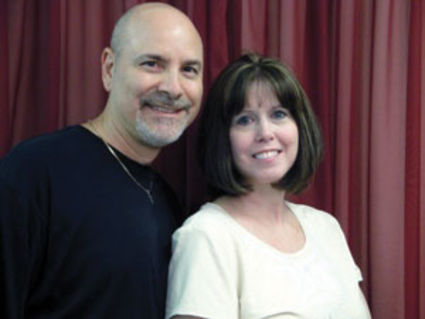 I’m not that old, but I do remember photos of the devastation after the bombing of Berlin near the end of World War II. (I was merely a toddler).

I just saw the photos on television of the devastation caused by a monster tornado that hit a town in Oklahoma. It looked eerily similar!

Of course, the first thought that comes to mind is that we must help. But where do we start? What should we do?

This is the specific link to donate: https://secure-fedweb.jewishfederations.org/page/contribute/oklahoma-city-tornado.

Please donate whatever you can today. The suffering of the people is great. The loss is great. Organizations are digging out people and valued possessions…but what about their beloved animals? They are family members, too. Surely, many folks included their four legged family members along with the rescue of family and friends. However, some precious animals were not so lucky.

Here in Florida we are known for our hurricanes. These past few years it seems most of us dodged “bullets.” But I will never forget Hurricane Charley in 2004.

Our home took a direct hit. I had our dog, cat and bird (each in their own crate and the bird in his cage) lined up in the long hallway where there were no windows. I placed a blanket over them and laid down over them as well. No wind was going to blow away my 110-pound frame! (OK…so that should have read 160. What’s 50 pounds between friends?)

We lost our roof and other damages that day, but we all, including our animals, were safe!

Insurance paid for some of our damage and that of our neighbors but I don’t think at that time, there was a home insurance company that covered liability for any breed of dog.

(Hurricane season is once again almost upon us. Why not cut this bit of information out to save…and hope you never need it.)

“The best family gift ever”…

That’s a direct quote from a flyer put out by Network Sound And Video, owned and run by VITO and RHONDA FERA…and it is very, very true!

Recently, I took the video of my courtship and marriage to Irv covering 54 years. (I met him when I was 8!), films and slides when our children were little, our trip to Israel, and other vacations, beach, etc., to Network Sound And Video in Longwood, to be put together in some fashion as a DVD.

The work that Vito and Rhonda did with all my recorded memories, etc. were just brilliant. I ordered four DVDs, one for me and Irv and one for each of our three sons.

Just think, when we are long gone from this life, our grandchildren, great-grandchildren and great-great grandchildren can see what we were like (beautiful and slim) when we were young.  (Shut up!)

Vito, Rhonda and their talented employees at Network Sound And Video, also film, design and create CDs…and many, many other valuable and memorable videos, etc.

(My latest project is to have Vito and Rhonda make copies of one of my CDs “Just Breezin’ At Full Sail,” as I was the first professional entertainer to ever record there way back when the now famous school was just beginning. I also have many videos of performances with the Jimmy Dorsey Orchestra that they will put onto a DVD. What a great legacy for my grands, great-grands and so on.)

I wish I had such memories preserved of my grandparents.  I can’t even find many photos. Yes! Network Sound, you make my day!

Talk about your memories…

Two lovely ladies in our community, PAULA STREIMISH and her mom, IDA FREEDMAN, recently made my day!

At a recent COS Seniors event, Paula and Ida heard me mention that I sometimes longed for the old television shows….so, when they heard that “The Lawrence Welk Television Show” was to be played on public television, they phoned me.

The ladies gave me a “heads up” about the program, recorded in the 1950s (when, according to one of my sons, “the world was black and white,”) and I tuned in.

I really appreciated that gesture.

(How kind they were to go out of their way to inform me. Thank you.)

I wrote about this before…

But it is really worth repeating.

Many columns ago, I wrote about some now retired dentists that suffered the same fate as Dr. PERRY BRICKMAN.

In 1952, after completing his first year of dental school, Dr. Brickman received a letter ejecting him from Emory University. He knew that he had been singled out because he was Jewish. But he had no idea that from 1949-1962, 65 percent of all the Jewish students would be flunked out or forced to repeat years of classes. He will be speaking at the Orlando Shakespeare Theater about his 2006 findings and search for an apology from Emory University.

The Jewish Federation of Greater Orlando’s Maimonides Medical and Cardozo Legal Societies and the Holocaust Memorial Resource and Education Center of Florida invites all of us to meet and hear Dr. Perry Brickman speak at a special program on Sunday, June 2 at the John & Rita Lowndes Shakespeare Center, 812 E. Rollins St., Orlando.

A wonderful guy (and a very funny fella in his own right), JERRY STEINFELD, gave me some jokes to include in my columns. This is one of them:

Kitty, Freda and Hannah are in Shalom Hospital’s maternity unit, each of them awaiting news of their own daughter’s impending birth.

Soon a nurse goes over to Kitty and says, “Mrs. Levy, I have wonderful news for you. Your daughter has just given birth to twins. She’s fine and you’re now the bubbe of two lovely healthy boys. Mazel tov!”

As Kitty gets up to leave, she turns to Freda and Hannah and says, “Oy, what good news I’ve just heard. My daughter, Natalie has just given birth to twins. But what’s very strange about it is that my son-in-law works for the Twin Brothers Fish Restaurant.”

Later, a nurse goes over to Freda and says, “Mazel tov to you Mrs. Gold. Your daughter has just given birth to triplets. She’s fine and you’re now the bubbe of three lovely and healthy girls.”

As Freda gets up to leave, she turns to Hannah and says, “Oy, what good news I’ve just heard. My daughter Suzy has just given birth to triplets. But what’s strange is that my son-in-law works for the Triple Valleys Water Company.”

On hearing this, Hannah gets up and says, “Oy vayh! I’m going to leave with you.”

“Because my son-in-law works for Seven-Up.”