Ostreicher's wife laments: 'They will never let him go' 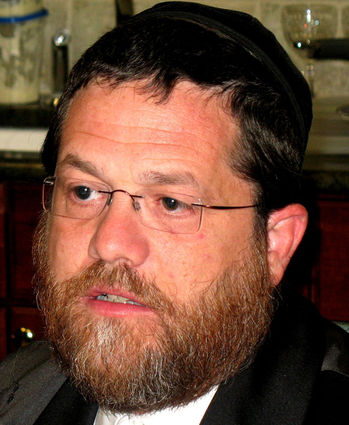 Jacob Ostreicher, a haredi Orthodox father of five who remains under house arrest in Bolivia, does not believe he will ever be free and often unplugs his home phone because he is too depressed to speak with his family, according to his wife, Miriam Ungar.

He just can’t see himself ever coming back to his home in Brooklyn, she said.

“We all feel that. I really know they will never let him go,” she said, adding that Bolivian officials “make up reasons” to detain Ostreicher indefinitely. “This could go on for life. I want him to come home.”

“He’s starting his third year. It was his third Shavuot that he missed, and there is no movement at all,” Ungar said.

Her husband is ill, suffering from what appears to be Parkinson’s disease, but is too afraid to take any medicine, fearing it’s not the correct type or has expired, she said.

“The record—including their testimonies—established that Mr. Ostreicher is innocent and is the victim of an elaborate, high-level government extortion ring that has fleeced approximately $27 million worth of assets from the rice operation that he had been managing,” Smith said.

Twenty-seven prosecutors, judges and officials involved in Ostreicher’s case now have charges leveled against them. Thirteen of them have been sent to Palmasola prison, where Ostreicher spent about a year-and-a-half, Smith said. Nine others are under house arrest and five are fugitives, he added.

Penn, who along with his acting has gained fame for his left-leaning social activism in Venezuela and Haiti, said he has spoken to Bolivian President Evo Morales and believes that although he has the best of intentions, the judiciary is so corrupt in Bolivia that Morales can do nothing.

Penn urged the Congress to write letters to the corporate sponsors of the Dakar Rally motorcycle race, which in 2014 for the first time will go through Bolivia. As the race is a huge moneymaker for the participating countries, Penn said pressure should be exerted on the sponsors to demand the release of Ostreicher, otherwise the race should be rerouted to avoid Bolivia, depriving the South American nation of money and positive publicity.

This year’s race included 1,200 hours of TV broadcasting for 1 billion viewers, according to its website. Some of its main sponsors include Total, Honda, Michelin, Mitsubishi Motors and Red Bull.

Host countries receive “hundreds of millions of dollars” from the race, Penn testified.

Penn, who has traveled to Bolivia three times, where he met Morales, “and in him I found a man sincerely dedicated to his people and their economic and social development.”

The actor said he was “not only personally and thoroughly convinced of Mr. Ostreicher’s innocence, but particularly alarmed by a consensus both among Bolivian officials that the unevidenced prosecution against Jacob Ostreicher was standard operating procedure in the fundamentally corrupt Bolivian judiciary.”

Penn said Ostreicher’s only crime was “to have brought a successful rice concession and well-paying jobs to Bolivia.”

Both Penn and Ungar said Ostreicher has lost a lot of weight and been the victim of violence by prison guards.

Penn said the prison “receives a delivery of body bags to the front gate on a weekly basis and feeds its prisoners 18 cents worth of a mulchy broth twice daily from a trough.”

“As an actor, I have been in good movies and bad ones. I have never seen a worse movie, nor more arch-villainy on such a caricaturish or humanly diabolical level as I witnessed in that courtroom,” Penn said, referring to the time about five months ago when Ostreicher was removed from the prison and placed under house arrest.

During the hearing, Smith said he would be reintroducing his bill, nicknamed Jacob’s Law, that would deny entry into the United States “to officials of any foreign government, including their immediate family members,” who are involved in failing to allow due process or are involved in any human rights violations against a jailed American.

“While this bill works its way through the legislative process, my committee will continue to pursue every means possible to secure Mr. Ostreicher’s safe return to his wife, children and 11 grandchildren,” Smith said.

“It’s unfathomable that he continues to be held,” Nadler said. “This is a man whose life has unfairly been put on hold while justice is denied to him day after day.”

The Bolivian government, he added, “must be made to understand that we will not stand by and simply accept the treatment that Mr. Ostreicher has received to date.”

Several members of Ostreicher’s family attended the hearing. They spoke afterward of their sadness and Ostreicher’s despondency.

His daughter, Chaya Weinberger, said her father’s mood “depends on the day.”

Ungar said she has visited her husband in Bolivia, but is too afraid to return there.

“I was advised by a lawyer” that a case was started against her because “I talked to a reporter on behalf of my husband” while in Bolivia, she said.

In April 2012, Ungar was detained “for almost three hours. I’ve been afraid to go back since then.”

Penn also urged members of Congress to “release one or two” of the “Cuban Five,” Cuban intelligence officers convicted in Florida of conspiracy to commit espionage, conspiracy to commit murder and other activities, in an effort to free Alan Gross, a Jewish-American contractor from Maryland.

“The United States has to be the one to step up,” Penn said.

Gross was arrested in Cuba in December 2009 and charged with crimes against the state. His family and U.S. State Department officials say that Gross was in the island nation on a U.S. Agency for International Development contract to help its 1,500 Jews communicate with other Jewish communities using the Internet.