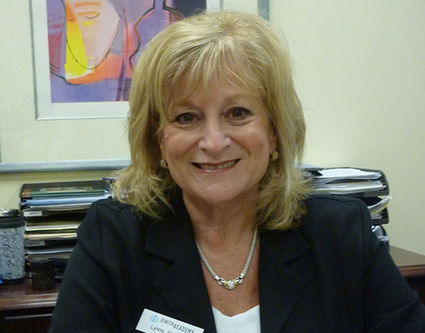 Every morning Max, a kindergartner at the Jewish Academy of Orlando, would make sure his mother was awake by 6 because he didn’t want to be late for school and his morning ritual: greeting Lynne Shefsky, who had been head of school at the JAO for eight years.

At 7:30 a.m. Max would be one of the first students in line to enter the school.

“He would stand right by my side,” says Shefsky, “and if I were with someone else, he would wait patiently until he had a chance to say ‘Good morning, Mrs. Shefsky.’ When he said good morning, he would be able to start his day.”

Then there is the 6-year-old girl who would start each school day with a compliment on Shefsky’s “lovely outfit.”

Shefsky retired this month and says that personal contact has meant so much: “Being outside every morning greeting each student and parent—having a personal connection to each family, that’s what I’ll miss most.”

Shefksy will also miss the last-minute run for the door by the students and the parents before she closes it at 8 a.m. Or the times she had to run into the parking lot to catch a parent who forgot to give their children their lunches.

It’s not just the students and parents she’ll miss.

“The atmosphere at JAO is one of community and family,” she says. “The staff are not just colleagues, they are friends.”

When she arrived in Orlando, there was an opening for a kindergarten teacher, and she found it a “perfect fit.”

“The day school created a warm, nurturing environment for the Jewish children of Orlando,” Shefsky says. “Zena Sulkes (the 2012 Heritage Human Service Award winner) was a wonderful mentor for me.”

While maintaining the warm, nurturing environment that she found when she arrived, Shefsky was able to create a 21st century school that integrates technology into all aspects of its curriculum and is based on Jewish values.

One way to measure Shefsky’s students’ success is how they are doing now. “Most of my students are recent college graduates or college students,” she says. “They have all been very successful in high school and beyond. They have attended the top colleges and universities in the country. Several are in medical and law school, while others have become accountants or are in the business field.”

Shefsky grew up in a Jewish household. “I was raised in a Conservative Jewish home. We kept kosher, walked to synagogue and spent holidays celebrating with my entire family.”

She received a bachelor of science in elementary education from Temple University and did graduate work at Penn State.

To make retirement official, the Shefskys sold their home and are moving into Solivita, a 55-plus active adult community.

Shari Wladis, assistant head of school, has been named interim head of school while the Head of School Search Committee continues its hunt for a replacement.