Body of quirk: The life and comedy of Allan Sherman 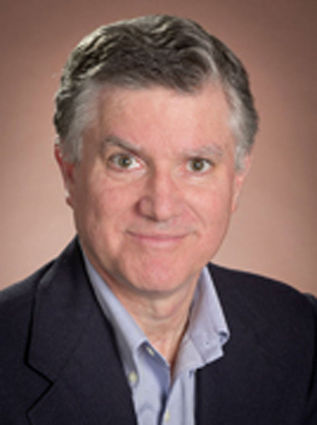 SAN FRANCISCO—Fifty years ago, a hit single took America by storm, one unlike anything on the top of the charts: ”Hello Muddah, Hello Faddah,” a paean to summer camp angst, sung by a pudgy Jewish guy in horned-rims and a crew cut.

That song about Camp Granada, where “all counselors hate the waiters, and the lake has alligators,” cemented Allan Sherman’s reputation as the nation’s great song parodist. More than that, it opened pop culture to a Yiddish-inflected humor later perfected by Woody Allen and Jerry Seinfeld. But that normalization of modern Jewish humor began with Allan Sherman.

Though not spoken of in the same hushed tones as Mel Brooks and Woody Allen, Sherman has always had fans, and lately has gotten a more serious look from pop culture scholars. Cohen thinks Sherman deserves nothing less.

“Sherman coming to tremendous stardom in 1962 was at the forefront of this movement of entertainers, literary people and historians who weren’t content to leave Jewish identity behind, but knew it needed reworking and rethinking,” says Cohen. “[Sherman] was doing that in a pop culture way.”

Sherman’s breakout success came the year before “Hello Muddah, Hello Faddah,” with his debut album “My Son, the Folksinger.” It was the first of three best-selling LPs, each with the “My Son …” moniker.

These were among the fastest-selling albums in history up until then. They turned Sherman into a Grammy-winning mega-star, a regular on the concert circuit and shows like “The Tonight Show” and “The Ed Sullivan Show.”

Who knew that behind the acerbic wit and roly-poly pleasantness was a tormented man hell-bent on self-destruction?

The affable Sherman couldn’t say no to his appetites, edible and sexual. His success flamed out only a few years after it began, and he died bloated, sick and lonely in 1973. He was 48, victim of a listing self-image that never righted itself.

Fortunately, Sherman left behind a storehouse of comic masterpieces, most of them song parodies, many of them on Jewish themes, and almost all of them wickedly clever.

In one early work, sung to the tune of “76 Trombones” from “The Music Man,” Sherman satirizes the phenomenon of Jews fleeing New York for the suburbs and losing their Jewish identities:

Or one of Sherman’s most inspired pieces, “The Battle of Harry Lewis,” based on “The Battle Hymn of the Republic,” telling the story of a garment worker killed in a fire at Irving Roth’s textile factory:

“Oh, Harry Lewis perished/In the service of his lord/He was trampling through the warehouse/where the drapes of Roth are stored.”

Songs like that elevate the parody genre higher than ditties like “Eat It” (by Weird Al Yankovic) or the thousands of versions of “Call Me Maybe.”

“The main point is not how easy or hard it is to do parody,” Cohen says, “but does the parodist have something to say? When Sherman turned the ‘Battle Hymn’ into a song about a shlemiel in a garment factory, then you have something new.”

As Cohen notes in his book, Sherman came out of the generation that shied away from open expressions of Jewish identity. Whether by luck, talent or right time, right place, Sherman unabashedly drew on his Jewish background to create works anyone could enjoy.

“When immigrants came to this country, they arrived as Jews,” Cohen says. “When their children were born—Sherman’s generation—they were Americans. The question was: were they also going to be Jews? For a lot of people it was an open question how to cobble together a Jewish identity.”

Sherman did so, paving the way for comics to come. It was a masterful achievement that proved too much for him to handle. 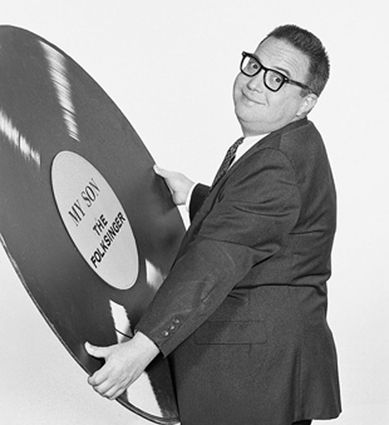 Allan Sherman is best known for his 1960 series of ‘My Son’ record albums.

By the mid-1960s, as newer, hipper music by Bob Dylan and the Beatles took hold, Sherman already was facing has-been status. He worked constantly, coming up with new pieces, including a failed Broadway musical. But before the end of the decade, Sherman was old news.

Cohen says Sherman never totally went out of style, and today is revered in many quarters.

“There are some truths that can’t be expressed or captured in any other way except for comedy,” Cohen says. “We’re still living in the cultural moment Allan Sherman helped create 50 years ago, of not being doubted we’re American and at the same time not having to hedge our bets anymore about our Jewish identity.”

Dan Pine is a staff writer for j. the Jewish news weekly of Northern California.