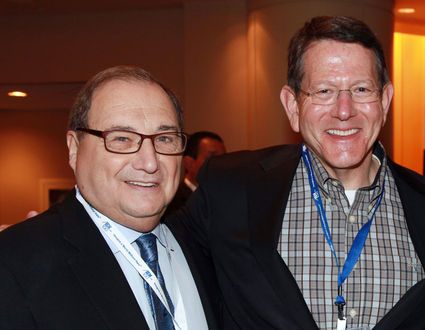 WASHINGTON (JTA)—How do you confront hatred when it has no fixed address?

Abraham Foxman, the Anti-Defamation League national director, attempts to pin down an answer to the question in his latest book, “Viral Hate.”

Co-authored with privacy lawyer Christopher Wolf, the book chronicles the complications of countering hate on the Internet.

The takeaway? It’s up to us.

“Let’s take back responsibility for our culture—both online and off” is the book’s main conclusion. “Public involvement, concern, action, and, when necessary, outcry are key.”

Calling on the public to be alert and reactive to the dangers of bigotry is not new terrain for the ADL, which throughout its 100-year history has coupled behind-the-scenes suasions with public appeals to lobby leadership and engage with peers.

Yet while many of the book’s accounts of broad, spontaneous action against Internet hate speech end in triumph, Foxman’s reliance on more traditional ADL tactics in the digital age are less successful.

Efforts to engage with the powers that run the Internet—indeed, Foxman’s attempt to discover who those powers even are—peter out in frustration.

“We have been talking to the geniuses at Palo Alto,” Foxman said in an interview. “We have said to them, ‘thanks but no thanks. You developed a technology that has some wonderful things but also has unintended consequences.’ ”

Such dead ends do not mean the public is powerless, however. Foxman and Wolf cite the example of JuicyCampus, a gossip website brought to heel after direct appeals to the website went nowhere.

As the authors tell it, the website, established in 2007 as a clearinghouse for campus gossip, quickly devolved into speech replete with misogyny and race hatred. The site’s founding pledge to ban “unlawful, threatening, abusive, tortuous, defamatory, obscene, libelous or invasion of another person’s privacy” was honored mostly in the breach.

Efforts to ban its usage by the student government and administrators at Pepperdine University in Southern California—one of seven schools initially targeted by the site—kept rubbing up against First Amendment protections.

Ultimately, what led to the site’s demise was an independent campaign launched by a student at Pepperdine, a Christian school that does not allow alcohol on campus, urging boycotts of the site. The campaign went viral, advertisers abandoned the site and by February 2009 it folded.

Foxman and Wolf conclude the anecdote by contrasting the success of the student initiative with the impotence of administrators hobbled by the need to balance free speech with their desire to curb online hate.

“Viral Hate,” which comes out this month, recommends an array of countermeasures. They include an emphasis in schools on educating kids on reliable sources, and parents encouraging their children to adopt responsible Internet practices.

Consumers, according to the book, should report hate speech to social media and Internet providers using tools made available for such protests.

Providers should facilitate reporting, the book says, noting that Facebook’s reporting device is obscure, requiring a mouse rollover and a click on an unnamed dropdown menu, while YouTube features an obvious flag beneath its videos.

The ADL’s role is less clear. In its centenary year, the organization is grappling with the role it can play in an age when everyone is a publisher. The question was featured in a number of sessions at the ADL’s 100th anniversary conference in Washington in April.

Kathleen Hall Jamieson, a political communication expert at the University of Pennsylvania’s Annenberg School of Communication, told JTA that 20th century institutional arbiters like the ADL still had a role to play in the shifting landscape, noting their capacity to publicly shame peddlers of hate who might otherwise escape notice.

But Daniel Sieradski, a Jewish activist and digital media strategist, said the ADL often relies on emotional pitches that don’t resonate with the youthful online community. Instead, he said, the Jewish community should create an unaffiliated online clearinghouse, similar to the myth-busting Snopes website, that would gear itself to the fact-thirsty online community.

“They would have to attack the bigotry from a place of using logic and fact instead of emotionally charged responses,” said Sieradski, a former webmaster at JTA.

In the interview, Foxman acknowledged the anomaly of an organization like the ADL, which has striven for the mantle of authoritativeness, delegating authority to, well, everybody.

“The paradigms are changing,” he said multiple times.

Among the changes is the sheer volume of hatred pervading cyberspace. Another is the anonymity afforded by the Internet, a shield that Foxman likened to the masks that white supremacists wore until the 1950s, when the ADL led the effort to pass laws banning their use.

“It used to be if you wrote a letter to the editor, the newspaper would check your name,” Foxman said. “Today on the Internet you don’t have to provide identity.”

Last year, the ADL established a working group on Internet hate comprised of technology executives, academics and other like-minded groups. But the book casts its success in cautious terms.

Foxman described a reluctance on the part of industry leaders to fully engage, noting efforts over the years to persuade Google to address alleged manipulations of its algorithms by Jew Watch, an anti-Semitic site that pops up when one searches for “Jew.”

Google agreed to place a notification on the results page explaining it was not endorsing the views expressed on the site. But the company insists there is no manipulation taking place; if the site ranks high, it’s in part because “Jew”—as opposed to Jewish or Jewish people—is often used as a pejorative.

“Our message to the scientists was, you can’t say, look, these are unintended consequences,” Foxman said. “The providers need to take greater ownership. They don’t want regulation.”

The fact that the providers lack the same permanence of the authoritative media of yore also poses a problem; an Internet giant today may disappear by tomorrow.

“You can close a door,” Foxman said, “and it will come through the window.”