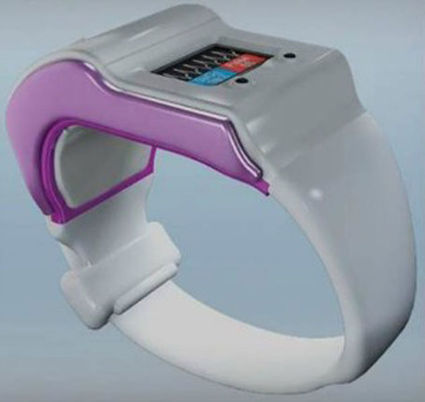 It looks like a watch, but it’s a sophisticated blood-oxygen and heart-rate monitor.

About half of all people at risk of death from heart attacks could gain the chance to live, once Israeli entrepreneur Leon Eisen’s new Oxitone device goes to market in about 18 months.

Using two optical sensors, and another special high-tech tool, he’s developed the world’s first “watch” that can just about tell when your time may be up.

It’s no joke: Oxitone was developed to cheat fate.

Eisen tells ISRAEL21c that about half of the people who die from cardiac or pulmonary arrest would be alive if someone had been there to get them to the hospital in time. Oxitone is made to be worn on the wrist to provide a heads-up for someone to get medical assistance on their own, before it’s too late.

With all the technology out there—personal monitoring devices, crocodile clips for your finger, even those panic buttons—nothing helps if the user is not able to mobilize these devices in time. And many patients may not be able to read the signs that cardiac arrest is imminent.