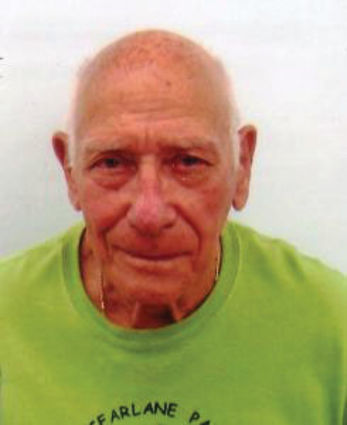 Please excuse the language but these two words express exactly how I felt after reading the following report from the World Jewish Congress Digest:

With neo-Nazi and right-wing movements flourishing in parts of Europe, one notable finding is that the violence seems not to be tied to specific incidents by Israel. The study concludes that ‘the European Union is not doing enough to combat this phenomenon,’ a scientific finding to what the WJC and EJC have anecdotally noted last year.”

I forgot to point out…

In remembering Jewish history, I should have noted that on May 3, 1898, Golda Mabovich was born in Kiev, Russia. You know her as Golda Meir. Golda Meir became the fourth prime minister of Israel (its first woman prime minister and the world’s third to hold such office.) She served from March 1969 until June 1974… almost 40 years ago. She died in 1978.  (I will try in future to point out such facts of interest in a more timely fashion.)

It is my honor and privilege to pass this note from JACK WIESENFELD along to you.

For many years, Jack, who resides in Tampa, was a member of our Central Florida Jewish community right here in town.

He has been in touch with his many friends and relatives here for all these years and hopes to encourage them and others in this most important endeavor. This is his appeal in his words. Please read on:

“I am about to embark on my 12th annual trip to Israel to volunteer with the IDF (Israel Defense Forces) program. The program used to be called Sar-El, which stood for Volunteers for Israel, but now is called IDF.

I will eat and sleep at an Army Base and will not know which one, until I arrive in Israel. I will not be asked to do anything that is too difficult, too dangerous nor will I be asked to lift anything too heavy. Regardless of the job I am asked to do, my being there will replace a soldier.

I will work a normal four and a half day week and then will be able to go off base and go anywhere in Israel on my own and pay my own expense. There are a few hostels for the Army personnel and we are able to stay at them at no charge.

I look forward to the people that I will meet…  not necessarily Jewish. They are people of all ages, from all over the world.

I would like to encourage men and women to share this wonderful experience and Israel needs you. If you have any questions that I can answer, please don’t hesitate to call me at 407-963-7292. If I don’t answer, it is because I may be in Israel, but I will call you when back.”

(I am so proud to know you, Jack. This is a wonderful program benefitting Israel, and you are a wonderful man!)

When you think of magic…

Do you automatically think “Las Vegas”? I do… rather, I did, but not anymore! Now when I hear the word “magic” I think of Chicago! And here’s the reason why:

Magic, Inc. is the oldest continuously family-run brick and mortar magic shop in North America. Begun as the Ireland Magic Company, founded by Laurie L. Ireland in 1926, Magic Inc., located in Chicago, was incorporated in 1963 by Jay Marshall and Frances Ireland Marshall. Magic Inc. has continued to be the leading-edge magic source for magic tricks, books, DVDs, lessons and lectures. The shop has been frequented by such magical legends as Harry Blackstone (Sr. & Jr.), Penn & Teller, Lance Burton, David Copperfield, Mac King, Johnny Thompson, John Fisher, David Blaine, and many more. (With names like these, no wonder I think of Las Vegas!) The staff of professional magicians makes shopping at Magic Inc. a unique experience, and also affords a high-level of magical instruction (beginner through advanced). That brings me to the talented staff members. For one, JAY COLLEN, who is related to the great CARL BALLENTINE. He was present the day I visited with my family, including our talented “family” magician grandson, ZACH YOUSHA, 10.  Jay was charming, fast, terrific, entertaining… what’s the word I’m looking for?  GREAT!

The magic shop manager, PEDRO R. NIEVES was born and raised in Puerto Rico. He lived there until the age of 18 when his family moved to Chicago. Lucky for him the Windy City had more magic to offer than he ever thought possible. By the time he finished his B.A. (summa cum laude) in Psychology, with a minor in Performing Arts, he was a regular at Magic, Inc. Though he has had a life-long passion for magic, he credits his time spent at the shop, attending lectures and interacting with fellow magicians as the most educational for him. From this he learned not just magic, but also timing, performance, and style. Pedro loves learning how things work: from a toaster oven to the human mind. This has come in handy when he has needed to create or modify existing tricks. He has done this frequently, both for his own magic and that of other professional magicians. Pedro has spent the past years (since 2002) professionally entertaining audiences with his balloon sculptures, close-up magic and in-store demonstrations.

(I’ll be in Vegas soon… but I will think of Chicago, Pedro and Magic, Inc!)

Have I got a suggestion for you!

This Sunday, June 30, be at the Altamonte Chapel, 825 East S.R. 436, Altamonte Springs, at noon. Our own ALAN ROCK will emcee wonderful musicians (that I have had the pleasure of working with at one time or another.)

The fabulous DANNY JORDAN is featured on “Flute Day,” accompanied by super talents, CONNIE FAY on piano; MIKE WELCH on drums; and JAY MUELLER on bass. There will be two delightful hours of jazz, ending at about 2 p.m.

Father’s Day passed recently, and, although Irv is NOT my father (but he could be. Oh, shut up!), he is the father of our three sons.

So I gave him a SID CAESER DVD as a gift and took him to dinner at the Outback Restaurant, Aloma Avenue, Winter Park.

The food was delicious as always… bloomin’ onion, salad, steak…yum! The service was every bit as good, thanks to our wonderful waiter, JOHN DY.

(He made the entire evening extra special.) 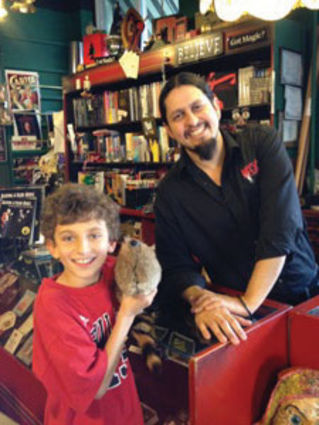 “What! A big healthy woman like you has tuberculosis? Ridiculous,” says Abe, “I’ll call Doctor Cohen and get this sorted out right now.”

So Abe calls his doctor. “Doctor, Esther says you told her she has tuberculosis.”

“So what’s so funny about my having such a dreadful disease?” asks Esther.