From Jerusalem to Berlin to Sante Fe 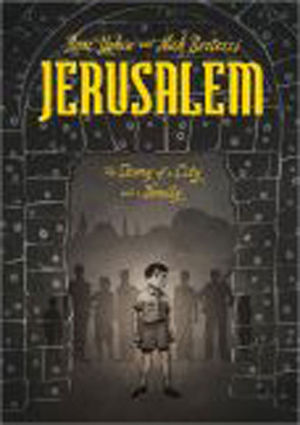 In the past, the major literary distinction was between prose (defined as ordinary speech or language) and poetry. The recent boom in graphic works offers yet another literary possibility. Although graphic novels and memoirs were once dismissed by some critics as high-brow comic books, authors and illustrators currently aspire to something far greater. Three recent books show just how far the genre has expanded: the works being reviewed offer a family portrait of Jerusalem in the 1940s, a contemporary look at the crypto-Jews in America’s Southwest and a Holocaust survivor’s reaction when her son decided to settle in Berlin.

Boaz Yakin and Nick Bertozzi use the graphic format to tell a multi-generational story about the founding of the state of Israel from 1940-48 in “Jerusalem: A Family Portrait” (First Second). Yakin, a screenwriter and film director, focuses on two brothers, Izak and Yakov Halabys, whose feud affects all members of their family.

For those unfamiliar with the recent history of the city, the novel opens with an introduction to Jerusalem; this is followed by a short description of the current generation of the Halabys family and a graphic portrayal of the cast of characters. The tale is told using cinematic techniques: there is no narrator’s voice or written descriptions of action, only dialogue and drawings. While this keeps the action moving, it made the cast of characters listing vital to remembering who characters were and how they were related.

What makes “Jerusalem” so effective is that it gives voice to a variety of viewpoints, from those of communist Jews and Arabs who hope both sides can live together in peace to radical Zionists who would prefer a Jewish state that includes no Arabs. Yet, the true heart of the tale is the relationships among the characters, particularly Izak’s four sons. The brothers disagree not only on politics, but their personal lives. The exciting plot contains unexpected twists and turns, and the black-and-white drawings serve to highlight the action. Yakin and Bertozzi’s work is ambitious and dramatic. Graphic novel lovers will find it an excellent addition to their collection.

When is a novel not quite fiction? “El Iluminado: A Graphic Novel” by Ilan Stavans and Steve Sheiken (Basic Books) raises this interesting question because Stavans, a professor and writer, serves as his own main character.

The action begins realistically enough: Stavans is in Sante Fe, N.M., to give a lecture about crypto-Jews—Christians who believe their Jewish ancestors converted during the Spanish Inquisition, yet who still secretly practiced their original religion. Stavans’ talk proves more controversial than expected, especially when he’s asked to search for documents that connect not only to the fate of a 16th century martyr, but to a modern day murder.

My favorite part of the novel is its humor, which is to be expected in any collaboration with Sheiken, best known as the author and illustrator of the very funny Rabbi Harvey series. The two manage to poke fun at their own undertaking when one of the characters accuses Stavans of writing a book about cyrpto-Jews that “will turn the whole murky mystery into some preposterous page-turner. The Da Vinci Code with matzah and salsa picante.”

The story is absorbing and fast-paced enough that the historical parts add, rather than detract, from its telling. Fans of both writers will enjoy this quirky tale. 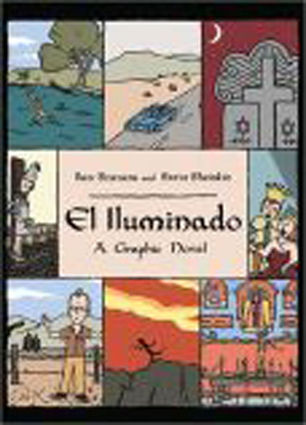 Reality takes a slightly surrealistic turn in Miriam Katin’s memoir “Letting It Go” (Drawn and Quarterly). Katin’s world turns upside down when her son tells her that not only isn’t he returning to live in the U.S., he’s decided to settle in Berlin. For Katin, a Holocaust survivor, Germany is a dark and scary place. In order to come to terms with his decision, Katin and her husband visit Berlin first as tourists and later to attend a museum opening that includes her artwork.

“Letting It Go” not only tells the story of Katin’s current life, but looks at her time in Israel after the war and also serves as a guide to contemporary Berlin. While much of the memoir has a realistic tone, Katin’s inclusion of talking birds and insects, who periodically comment on the action, adds an additional dimension to the text. Her drawings, which range from naturalistic to impressionistic, help turn what could be a commonplace story of a parent-child conflict into a mesmerizing tale.