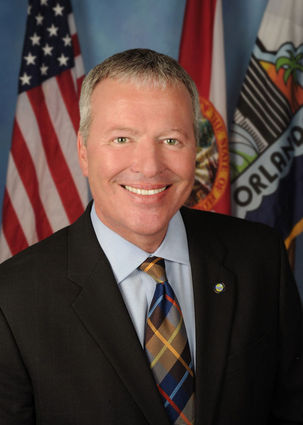 The Tree of Life Award is a humanitarian award given in recognition of outstanding community involvement, dedication to the cause of American-Israeli friendship, and devotion to peace and security of human life.

Orlando native Buddy Dyer is the dean of Florida’s “big-city” mayors, having served Orlando’s residents since 2003. Under Orlando’s Strong-Mayor form of government, Mayor Dyer serves as the city’s chief executive and also helps govern and oversee the operations and growth of the city-owned utility operations and the Orlando International Airport.

“I am honored to receive the prestigious Tree of Life Award on behalf of Jewish National Fund,” said Dyer. “The mission of JNF shares my vision in bringing life and prosperity to communities and regions that need support.”

Prior to being mayor, Dyer served for a decade in the Florida Senate. His colleagues elected him as their Democratic Senate Leader, a position he held for three years. Before he chose to serve in public office, Dyer worked as an environmental engineer. He has also practiced law for more than 20 years.

He and his wife Karen, an attorney, have two sons, Trey and Drew. Orlando patrons Sy and Debra Israel, Mark and Caryn Israel, Lois Tannenbaum, Dick and Louise Weiner, and Ben and Maura Weiner will also be honored at the dinner with JNF’s admired Guardian of Israel award.

Stand-up comedian and writer Joel Chasnoff will entertain the crowd with his hip and clean comedy based on his own personal Jewish experiences. Chasnoff has performed at more than 1,000 colleges, clubs and Jewish organizations worldwide; including JNF’s National Conference in Orlando last October and has been seen on NBC and ABC TV.

The dinner will take place on Nov. 6, at 6 p.m. at the Rosen Plaza Hotel, located at 9700 International Drive in Orlando. For more information or to RSVP, please contact Laura Abramson at 800-211-1502 or RSVPNorthFL@jnf.org.