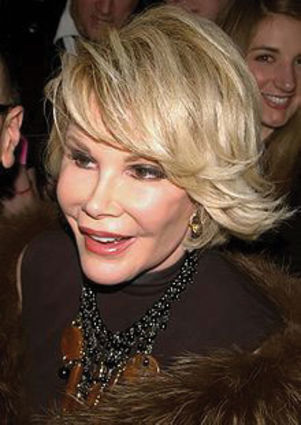 In it, I made some comments about my marriage to Irv, and since our 53rd wedding anniversary is almost upon us (Aug. 3, 1960), I decided to repeat the comments:

“I’ve mentioned often that I am married a long time to the same man. We exchanged vows with the words ‘Till death do us part.’

“Back in ancient times that wasn’t such a binding commitment. People knew they weren’t going to live so long, what with plagues, locusts, crusades, pogroms…

“I felt good exchanging those vows though, because all my life I had been taught that Jews make the best husbands. (So, who’s the guy living in my house?)

“My spouse just arranged a restful vacation for me… at the Cairo Marriott.

(How sweet he is… or should it read: How sweet is he?)

“Actually, I want a sensitive man… one who cries when I hit him.

“In truth, my spouse is very romantic. He always quotes from the ‘Song of Solomon.’

(Did you know that the ‘Song of Solomon’ is the one book of the Bible dedicated solely to romantic love? Isn’t it ironic then, that its initials are SOS?)

“Fifty-three years… more than half a century…. It’s sad that we are getting older now and a depressing reality is setting in. We can live without sex, but not without our glasses!

“And with age I am losing my strength and desire to do any hard labor. That brings to mind something that comic, JOAN RIVERS, once thought of. It’s a great idea:

“Joan said that her house is generally filthy because she is too tired to clean it. But, every once in a while, she calls the police and claims that she was robbed. As a result, they come over immediately and dust for fingerprints!”

Enough with the kidding…

The first article in this column was geared to put you in a good mood because this article, directly from The World Jewish Congress Digest, will probably do the opposite. There is, according to the WJC, a resurgence of parties with neo-Nazi leanings across the globe, and the seeming acceptance of these parties by their governments. They report:

“Among the most alarming are in Greece and Hungary where, respectively, Golden Dawn and Jobbik have recently seen their support rise dramatically from small beginnings. In some cases, the looming economic crisis is feeding the growth of these extreme parties, but no excuses can be made for hateful rhetoric and calls for discrimination that compromise the lives, rights and safety of law-abiding citizens.

“While many neo-Nazi parties have extended their hate toward non-white minorities, anti-Semitism remains a central feature of these groups. There are also many far-right parties that cannot properly be called ‘neo-Nazi,’ but tag on to neo-Nazi themes, and must not be ignored. The comprehensive report can be viewed in its entirety at http://www.worldjewishcongress.org/neo-Nazi-report.”

I recently heard from NANCY LUDIN, executive director of the Jewish Pavilion. She wrote about one of her many dedicated volunteers, GLORIA NEWBERGER.

Of course, knowing of all the wonderful things Gloria does for our community, I am not surprised… and further, I am delighted to have the opportunity to write about her.

Gloria has been visiting seniors in long-term care through the Jewish Pavilion for all 10 years that she has lived in Orlando. Many of the “seniors” she visits are younger than she is.

Gloria is responsible for the weekly Happy Hours at Savannah Court. She makes sure that there are enough volunteers each week and she coordinates the hors d’oeuvres and desserts brought by members of the Friends of the Jewish Pavilion Board. Gloria also participates in a monthly Shabbat meal at Savannah Court and Grand Villa and helps with a monthly Shabbat service at Chambrel.

What makes Gloria extra special is the love and attention she lavishes on the residents. Everyone receives a hug and a smile from Gloria. As one volunteer says “ Gloria brings the Florida sunshine indoors.” Here she is pictured with INGE CRYSTAL, a resident in skilled nursing at Savannah Court.

A name from the past…

Some of you will remember SHEILA JACOBS of Altamonte Springs. Many years ago, she lived here in town with her then-husband, STU JACOBS, and their three children, RUSS, STEPHANIE and Brian. (Unfortunately, Brian died.) She also has two grandsons from Russ.

Just a few weeks ago, I connected with Sheila again after many years. (I remember way back when her kids were still in cribs! So nu, when did we get older?)

We met for lunch, along with dear mutual friend, PAMELA PORES, at TooJay’s Restaurant, Altamonte Springs.

Sheila is now Sheila Daughton, which is her married name of her husband, Gary, a retired Naval officer, who recently passed away.

Together they have three daughters, seven grandchildren, and there are two great grandsons of Gary’s and one great granddaughter.

Before Gary got sick he would play keyboard for nursing homes and parties, bringing joy to many people.

What we have in common, though, is a great love for dogs. Sheila’s dog is named Rusty. (Mine is Chloe.)

Sheila also found she has a talent for crafts, making ladies jewelry and scarves. She owns “Featherweight,” a neck and headwear company, and she takes part in craft shows.

(OK… teach me. I only know how to crochet Granny Squares!)

Sheila Daughton, Pamela Pores and I had the sweetest, most proficient waitress the day we met at TooJay’s Restaurant, Altamonte Springs. Her name is MOLLY CARROLL. She was so pleasant and also very pretty. (I’m so glad my spouse wasn’t with me that day because I can’t handle the competition!)

This is a cute joke emailed to me by our own NANCY LUDIN:

The customer on the phone with the airline said, “I’m phoning for my 80-year-old grandmother who suffers from crippling arthritis and impaired vision to the point of near blindness. So when I booked her on a flight, I made sure to tell your airline about her special needs, including a wheelchair and an attendant.”

The response from the airline representative was, “Everything will be taken care of.” She was very assuring.

“Thank you,” the customer said.

The customer was about to hang up when the airline representative cheerfully asked, “And will your grandmother need a rental car?”

(Oy vay… what’s the name of the airline? Who is flying their planes?)