By Claudia Green
Special to the Heritage 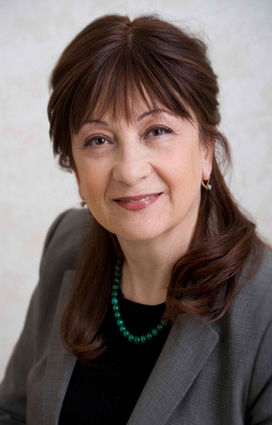 Three months into her position as executive director of the Jewish Federation of Greater Orlando, Olga Yorish is even more determined to make a positive impact on our lives. Born in St Petersburg, Russia, the former refusenik has selflessly dedicated the past 20 years to Jewish Federations, having recently spent 5 ½ years serving as executive director in Greater New Bedford, Mass.

“It was a very tired, old fashioned organization that had lost its way. It’s now not the same Federation I found when I arrived,” Yorish is proud to say of the legacy she left behind in Massachusetts.

For most people, the challenge of taking on a job within the Jewish community of Orlando, which is 10 times the size of Greater New Bedford, would be far too daunting a prospect. Not for Yorish though, she is relishing the opportunity, even though it is a huge challenge for her.

“I look forward to building relationships and being a part of the greater community,” Yorish says. “This is what I love to do. It’s a young community. This is what attracted me here.”

With an estimated 30,000 Jewish people across the Greater Orlando area, the vast majority of whom are unaffiliated with synagogues, it might appear that Yorish has set herself a mammoth task. She is, however, very pragmatic about the challenges that lie ahead for her.

Being fully aware that the Jewish community in Orlando is divided, her response is, “the Federation cannot do this alone, we will— and must bring—other Jewish organizations and synagogues together. We will build this Jewish community together.”

One area of particular interest to Yorish is how the JFGO works with young Jewish people, post-college through mid-30s. She is currently spearheading a division for adults within this age group, in its infancy and yet to be named. This is a major new project for the JFGO. A committee of various young and diverse individuals from different walks of life has been appointed.

It is Yorish’s belief that the JFGO’s existing program uniting young people, Or Hadash, has served a great purpose in connecting this generation, however, now is the time to step up a gear and take things to a higher level, a deeper and more diverse one.

This is the aim for the new project. Yorish hopes that it will give young people a platform to build upon, and through education about philanthropy, ultimately create a new future for this community.

One other area that Yorish is concentrating efforts on is reinvigorating and restructuring the Jewish Community Relations Council of the JFGO. With responsibility for Israel advocacy and interfaith relations, in addition to building relationships within the local Jewish community, Yorish firmly believes that this too will be significant in taking the JFGO forward.

As with all nonprofit and charitable organizations, the current economic climate has affected the JFGO enormously. There is currently a staggering $5.8 million debt on its campus in Maitland, the heart of its Orlando operation.

Cuts have been made in allocations that the JFGO gives to external agencies. These organizations are now having to fundraise for money directly in order to sustain themselves. With some of them being based in Orlando, including the Jewish Community Center, Jewish Family Services and the Jewish Pavilion, it means that they are now competing with the Federation for donations from members of the local community. One of Yorish’s dreams is to see the JFGO being able to work more closely with these organizations again by increasing the financial support it receives and being able to pass this on.

Bear in mind that the JFGO does not just concentrate on the local community, it also provides allocations and assistance to organizations around the world, including Israel.

It is absolutely imperative for the JFGO’s success to attract new donors and just as important for them to entice back those who have stopped giving. Clearly, something needs to be done and Yorish has made a start by focusing on one particular sector in the local community. Marketing will also play a key role, and the JFGO says it has made a start on this.

Yorish firmly believes that the economic climate is not the only factor responsible for the JFGO receiving fewer donations than it used to. She also believes that the loss of communal decision making has played its part and that “we must go back to supporting Jewish life in this community.”

One way in which this could be done, Yorish says, is by providing grants for innovative programs. This is an area that she is currently in the process of formulating.

With Yorish now at the helm of an organization that has been in existence for more than 60 years, the JFGO looks to have a brighter future and could perhaps, one day, become a shining example to other communities. The mission of the JFGO is “to nurture a unified Jewish community that transcends generations and neighborhoods.”

Yorish certainly has the passion and sheer determination to achieve this. The role that Yorish faces going forward is a long and arduous one, and certainly no easy task. If she succeeds, then the legacy she will leave Orlando’s Jewish community will be outstanding.