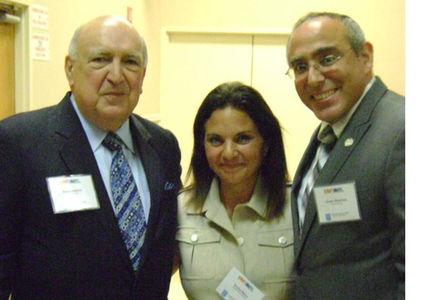 The Jewish Federation of Greater Orlando hosted an Israel seminar presented by Chaim Shacham, consulate general of Israel to Florida and Puerto Rico. On Tuesday, Aug. 27, leaders of local Jewish organizations, political staffers and members of Israel advocacy committees were invited for a full day of briefings on legislative issues related to Israel and the Middle East.

The seminar began with welcoming remarks from Michael Soll, board president of JFGO and Shacham. Immediately after, David Ibsen, executive director of United against Nuclear Iran (UANI), presented his group’s domestic and international work at preventing Iran from fulfilling its ambition to obtain nuclear weapons. Then Ifat Reshef, the Israel Embassy’s minister counselor for Middle Eastern Affairs, gave the participants a comprehensive Middle East update. 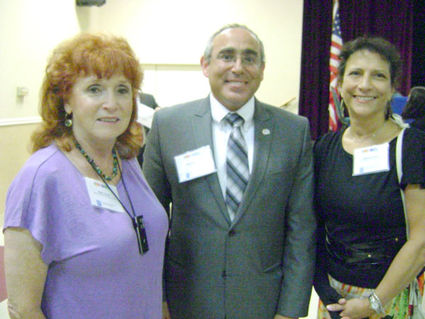 The keynote speaker was Frank DiBello, CEO and president of Space Florida— Florida’s aerospace economic development organization that works to strengthen Florida’s position as a global leader in aerospace research, investment, exploration and commerce. DiBello spoke about the Florida-Israel partnership that provides matching funds to Space Florida and Israel. Following was a panel discussion on pro-Israel coalition building moderated by Deputy Consul General of Israel Revital Malca. The panel was composed of three community voices: Annette Taddeo-Goldstein, vice chair of the Florida Democratic Party; Pastor Joey Mimbs of the Bethel Baptist Church in Bradenton and member of the Heller Israel Advocacy Initiative of the Jewish Federation of Sarasota-Manatee; and Rafael Yaniz, a second-year law student at the University of Miami School of Law and former president of Gators for Israel, an advocacy organization at the University of Florida.  The seminar concluded with closing remarks from Shacham.

JFGO wishes to thank the consulate general of Israel for bringing such an important seminar to the Orlando Jewish community, the legislative branches of government, and to the staff of Jewish organizations, lay leaders and community advocates in the North Florida region.

I just read a new book predating the latest U.S. debacle on Syria, which not only predicted the U.S. retreat from the world stage, but the rise of the new Islamic Persian Empire. Amazon Kindle's new book, The Bahrain Protocol, is not only a thriller, but an eye-opener on how Israel may be forced to handle Iran's nukes with its new partner-Saudi Arabia.