Art 'speaks out' against injustice 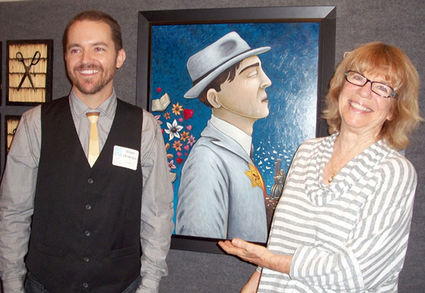 A room crowded with art aficionados and Holocaust museum supporters gathered around the 25-plus pieces of artwork to look closely at the craftsmanship of 18 local artists who presented their interpretations of Kristallnacht through their art mediums. The exhibit was the opening of “In Remembrance: 75 Years After Kristallnacht,” hosted by the Holocaust Memorial Resource & Education Center of Florida. The opening reception, which included a juried art contest, was a successful event. When planning this event, Holocaust Museum Executive Director Pam Kancher was told by cultural organizations “not to expect a lot.” However, she was pleased at the tremendous turnout of both artists who wanted to enter the contest and the number of visitors to the opening. For approximately one-third of the attendees, this was their first visit to the museum. It was an impressive exhibit. The artwork was creative, passionate, and expressive: A funeral urn covered in glass, a hand on red canvas reaching out through shattered glass; three-dimensional faces looking out from a canvas; figures behind barbed wire. 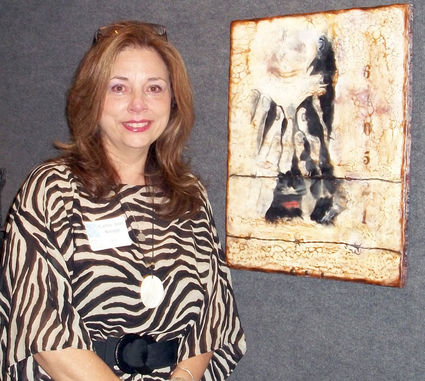 In judging the pieces, art judge Sarah Canright, an accomplished artist who has won three National Endowment for the Arts Fellowship grants, said she did not read the interpretations each artist had written on the subject, but simply judged each piece based on the clarity of presentation and execution. The Grand Prize winner was “Lost,” a textured painting by Brian Demeter of Oveido.

Two Awards of Excellence were also presented to Carrie Ann Knupp of Eustice for her piece titled “Never Again,” and Pierre Haskelson of Clermont for his pedestal sculpture “Survival.”

Kancher announced that a Patron’s Choice Award also will be given at the close of the exhibit in December. Everyone who visits the exhibit can submit an artist choice.

In Remembrance: 75 Years After Kritallnacht will be on exhibit through Dec. 20. It is free and open to the public.