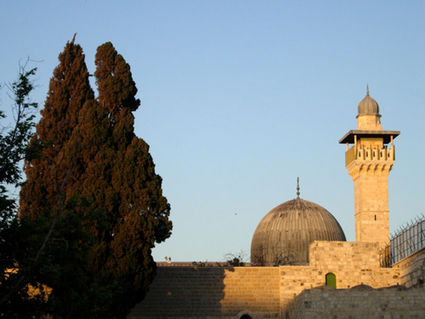 (JNS.org) Arab Member of Knesset Ahmad Tibi (Ra’am Ta’al) said in a televised interview with Arab media that Jews will not be allowed to “contaminate” the Temple Mount and the Al-Aqsa Mosque.

“The Al-Aqsa Mosque is a place of prayer for Muslims alone. Period! Not for others,” said Tibi, a member of the Ra’am Ta’al party, Israel National News reported.

Tibi’s comments come after Arab riots in and around the Temple Mount throughout the Jewish holiday period this month. Israeli police were attacked Sept. 18 during a patrol of the Temple Mount before Sukkot, following the arrest of about 30 Arabs for violence at the holy site before and during Rosh Hashanah weekend.

“The police think [Arabs] defending the Al-Aqsa Mosque is ‘disturbing the peace.’ We think it is sacrifice and defending the most holy places to us, which are under attack from the right and from Jewish extremists who want to take away our rights,” Tibi said.