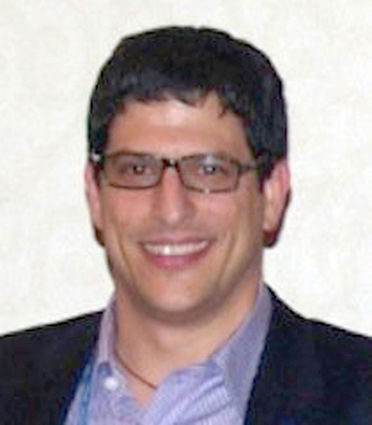 A little more than 10 years ago, Aaron Weil had his eye on one of two positions: executive director and CEO of either the Edward and Rose Berman Hillel Jewish University of Pittsburgh or University of Central Florida Hillel. Pittsburgh won out at that time and now Central Florida’s Hillel will glean from his experiences and accomplishments, which are many.

Weil is passionate about the future of the Jewish community and sees clearly the role Hillel plays in keeping the young Jewish adults actively involved in the community. He was president of both Hillels at the two universities he attended—Alabama and Georgia (with a stint in between at Tel Aviv).

However, Weil will tell you he didn’t come here to be the CEO of Hillel. His focus and vision is much broader. “I came here to build a community and Hillel is going to build community in ways that far outstretch the limitations of Oviedo,” said an exuberant Weil, “If we do our job right, by that I mean the Orlando Jewish community and Hillel, we’re going to feel it in our synagogues, in our youth groups, and in our Jewish grandchildren whom we never dreamed would chose to live here.”

The timing couldn’t have been better. A 600,000-square-foot multi-use, luxury dormitory called Northview—built with funding from local Jewish philanthropists, Hillel and the university—is almost complete. The seven-story building will also house a 20,000-square-foot Hillel center, which will eventually be partially funded by the 600-bed dormitory rental income. It will be the first self-sustaining Hillel in the U.S. and will eventually provide a perpetual funding source.

Weil’s vision is huge, but listening to Weil as he speaks with conviction, knowledge and genuine optimism, one can’t help but want to jump on the bandwagon with him and say, “Let’s do it!”

Katzen saw that contagiously igniting spirit when he asked Weil about a year-and-a-half ago to consult with him about what they should do with the Northview building project, what the program should look like, what staff they would need, job descriptions and how to run the campaign. In fact, Katzen asked Weil to draw up a job description of what kind of director was needed to be able to pull off what would be expected. When Weil showed him what they should look for, Katzen looked him in the eye and said “Great, that’s you!”

Scott Brown, vice president talent of Hillel International also saw that same spirit. “Aaron is a talented leader in our Hillel network who inspires interest and support through his entrepreneurial spirit,” he said.

Weil, 48, brought stability to Hillel JUC and developed programs that strengthened the Jewish campus community—which included the University of Pittsburgh, Carnegie Mellon University and other nearby colleges—as well as the Jewish community at large.

When he arrived at Hillel JUC, it served 2,500 students with a staff of four. As he left, that student body had grown to 5,000 and a staff of 10. The budget went from $475,000 to $1.2 million. From 2003 to 2010, under Weil’s leadership, the Jewish student population at JUC increased 34 percent and student applications had increased 256%. Weil envisions that happening here.

During his tenure in Pittsburgh, he created the award-winning and nationally recognized J’Burgh program, which encourages the 20-something Jewish population to stay connected to their Jewish community. Within five years, 900 of the 2,500 Jewish students in that demographic were coming to the J’Burgh program. His entreprenuerial spirit and ‘can do’ attitude earned him the 2011 Richard M. Joel Exemplar of Excellence Award and the 2010 Leonard and Doris Rudolf Jewish Professional Award from the Jewish Federation of Greater Pittsburgh.

Now he will serve the second largest Jewish undergraduate population of an American university—a Jewish undergraduate student body of more than 6,000 that is second only to the University of Florida, which has 6,500. However, Jewish students who attend Rollins College and Seminole State College fall under the UCF Hillel umbrella, which makes this student population the largest Hillel population in the U.S.

Does this seem like an overwhelming project? It might. But Weil sees the potential. “Imagine a state-of-the-art Hillel to serve 6,500 Jewish undergraduate students and you get an idea of the potential for what can be built. They’re going to build a Hillel unlike anything that’s ever been built,” he said.

One of Weil’s first challenges was getting used to how spread out the Orlando Jewish community is. He came from Pittsburgh, where the 42,000 members of the Jewish community live in a compact area. His office was four minutes from his home. It is about a 30 minute commute from UCF to Maitland. But the distances do not deter Weil. Using allegory, Weil likened the Jewish center—Maitland—to a heart. “What does a heart do?” he asked. “It pumps blood out, but it brings blood back in. You need a heart—that’s what we need Maitland to be. But it all can’t be in the heart. It needs to spread throughout the body. If blood stays in the heart, it can’t live. We need arteries that stretch through the community to nourish the community and bring that back to the heart.

“You can be pessimistic at the way it is today, or you can be optimistic and say ‘Oh my gosh, look at the potential in this community! What we can build! It was very tough leaving Pittsburgh, but only the excitement of an opportunity like this got me out of Pittsburgh,” he said.

Weil lives what he strongly believes. His family—wife Sharon, daughters Noa, 17, and Roni,15, and son Nadav,12—were totally involved in the Pittsburgh Jewish community. In fact, Weil said that they would not have come here if there wasn’t a day school. Both daughters attend Winter Park High School and their son is in the seventh grade at the Jewish Academy of Orlando. Next summer Noa will return to Israel to fulfill her national service in the Israeli army.

The Hillel organization itself is undergoing change. “Hillel was created at a time when Jews went to college and got married and re-entered the Jewish community,” Weil said. “Fast forward 100 years later and they are not doing that anymore. They aren’t re-engaging in the community. It used to be the 18- to 21-year-olds we worried about. Now it’s the 18- to 31-year olds.”

Taking the idea from Seattle’s Hillel—“We all improve on each other,” he said—the focus of outreach can no longer be as a college-student organization. “The foundation will always be the college campus,” Weil emphasized, “but our interest—market space—will be young Jewish adults in their 20s.

“The organized American Jewish community doesn’t have the resources or staffing or methodology to effectively reach the 20-somethings. Hillel is uniquely qualified to do that.”

Already, Hillels and federations in Pittsburgh, Detroit, Cinncinnati, Cleveland, Seattle and New Orleans are working together to reach this age group and keep them in their communities.

“What is the future of Orlando’s Jewish community?” Weil asked. “Leaders of our community built something and they want the young people to stay here. They built all this for future generations.”

Ninety-five percent of the UCF student population come from elsewhere. Only five percent are local. Weil’s goal is to keep as many of these young adults here in this Jewish community.

How does Weil plan to reach these young adults? Imagine a triangle he says: one side is developing a social life where young Jewish adults can find a partner, engage in sports programs and other socializing activities. The second side of the triangle is job creation—connecting students to mentors in the community and help them attain careers.

“The greatest thing Hillel can offer today is not a corned-beef sandwich, it’s an internship,” Weil said. “It’s very different from Hillel of 100 years ago.”

Last year, 50 percent of American college graduates didn’t have a job to go to. “Hillel has an amazing network,” Weil said. “Many cities have more dollars than Orlando has, what they don’t have is job creation.”

The third side of the triangle is providing volunteer opportunities in Jewish organizations. “Then they will understand that’s what they need to create for other people,” Weil explained. “In the universe, we tend to give back what comes to us.

“What would the Orlando Jewish community look like if we all started investing our resources into creating that kind of triangle community where young adults enter a vibrant social community that has a great network connecting them to job opportunities and have volunteer opportunities that allow them to give back?”

Was this position at UCF what Weil was expecting? “No!” he said with a laugh. “I underestimated just how challenging it would be. This is the hardest job I’ve ever had in my life, including going through boot camp in the Israeli army!”

Does it excite him though? Definitely. “The reason I compared it to the army is because when you are in it, you can’t see the full picture of it because of exhaustion,” he explained. “But when you look back on it,” Weil said with a relaxed smile, “you look back with pride for what you did. But in the midst, you just don’t have time to think!”

When Weil arrived June 9, his office in the new facility on campus was just a cement frame. His temporary office was a small space at the Jewish Academy of Orlando, and he was still in the process of completing his master’s degree in Jewish professional studies (earlier this week he graduated). However, he said it has been an honor to be a part of the building process. When the fall semester started, 84 percent of the dorm rooms were rented, but the theater, kosher café, auditorium, game rooms, offices and conference rooms are still under construction.

“We have a capital campaign which we still need to finish,” Weil said. “We still need community support. It’s a great opportunity for community members who want to be involved in the project.”

A building in itself isn’t a community, it’s the people who go into that building who are the community. And that is what Weil sees—that vibrant Jewish community.

While respecting the traditions from the past, Hillel is looking for new ways to do business. UCF, Rollins, and SSC Jewish students will benefit from the “Google-inspired” Hillel, which is designed to tap into student creativity and empower students to create their own visions of Jewish community on campus.

According to a study done in 2002 by the Federations of North America, 90 percent of Jewish students identify themselves Jewishly not by religion, but by ethnicity and culture.

“The Pew study confirms this,” Weil said. “We will be more of a JCC on campus, rather than a synagogue. We are concerned with Jewish peoplehood, but don’t see ourselves as part of campus ministry.”

Weil explained that Hillel continues to provide for all the five aspects of Jewish peoplehood: Hebrew, land, history, culture and Torah.

“What we are interested in is what’s unique about being Jewish,” Weil said. “For some, it’s spiritual, others it is language. Our job is to create a generation that has educational tools to be able to understand what fit is right for them.

“That research study (Pew study) paints a very dismal picture and if everyone stops doing what they are doing today, it can happen. If we do what we are doing at Hillel, we are giving them the tools and knowledge in the ‘language’ they are interested in, we’re going to reach them.

“The challenge is to turn on those lights!” Weil said. “They are there, but there is no one showing them there is something worth getting involved in. They aren’t inspired. If we show them a vision, they will get behind you.”