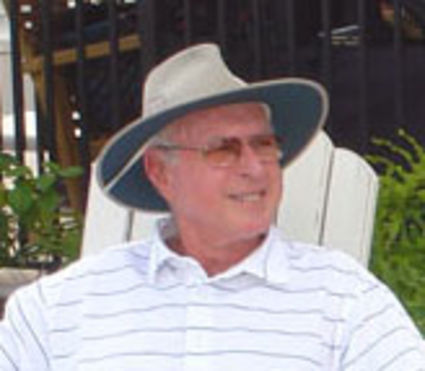 Longtime friends and Orlando philanthropists, Chuck Steinmetz and Harvey Kobrin, have shared many experiences since their days as fraternity brothers at the University of Florida in the 1960s. Kobrin and Steinmetz cemented their friendship at Pi Lambda Phi fraternity on the Gainesville campus, and have remained close for more than 50 years. This October the two men are joining forces to honor their late wives. The Jewish Pavilion’s annual “Walk in the Park” will be co-sponsored this year by Chuck Steinmetz and Harvey Kobrin, and dedicated to their spouses, Nancye Kobrin and Lynn Steinmetz.

“Harvey asked me if I wanted to co-sponsor the walk with him this year. Harvey and I support each other, and the community. Of course, I said ‘yes’,” Steinmetz said. This free event will be held Oct. 27, beginning at 9:30 a.m. at Cranes Roost Park in Altamonte Springs.

Chuck and Lynn Steinmetz are longtime supporters of the Central Florida Jewish and greater communities. The Steinmetz’s dedicated the religious school, the Steinmetz school of Chai, to the Congregation of Reform Judaism in October 2005 in the memory of her parents, Michael and Amy Ginson, founding members of CRJ. They are also significant donors to the University of Florida, where they have created five new permanent endowments. A campus building at UF’s Department of Entomology and Nematology will bear the family name. In addition, Chuck and Lynn were passionate supporters of the arts, serving on boards and raising funds for the Orlando Philharmonic, the Orlando Art Museum, and the new Dr. Phillip’s Center for the Performing arts.

“Lynn and I shared something very special for almost 40 years. We were very lucky,” said Steinmetz about his late wife, who passed away in October 2012.

“We met at the University of Florida and reunited 11 years later. Lynn took great joy in supporting the arts. First at the art museum, and then at the philharmonic.” Last fall the Orlando Philharmonic Orchestra presented its John O. Blackburn Distinguished Service Award to the philanthropic couple for their commitment to the Central Florida arts for more than 20 years.

Steinmetz shared that Lynn’s ease with people made her a natural community leader and family beacon. “Her giving nature and enthusiasm made her a joy to be with.” Son, Matthew, of Maitland; and grandchildren, Kayla, Reid and Lexi remain an integral part of daily life.

About five years ago Lynne was diagnosed with lung cancer. Steinmetz cared for her in their Winter Park home for several years. When Lynn’s cancer advanced and required more assistance, she moved into the Serenades by Sonata, a memory care center in Longwood. “Harvey Kobrin recommended the Serenades, where (his wife) Nancye was receiving care,” Steinmetz said. The two friends consoled and supported one another, as their wives lost the battles to their respective conditions.

While at Serenades both Lynn and Nancye received visits from the Jewish Pavilion. Steinmetz and Kobrin thought it would be fitting to name the Jewish Pavilion’s fall fundraiser (A Walk in the Park) in honor of their wives. Steinmetz notes, “We were lucky that Lynn (and Nancye) had an influx of local support and visitors. The Jewish Pavilion serves a need by making sure that all seniors in assisted living have company and support.”

Heritage Florida Jewish News ran an article about Harvey and Nancye Kobrin in the Sept. 13 issue.