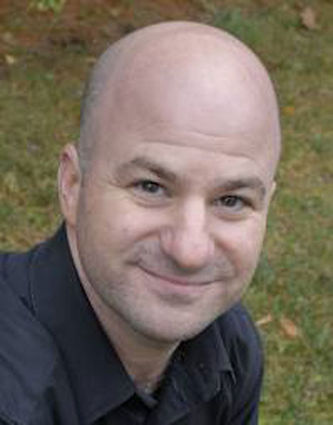 The Orlando Jewish community can be very proud of one of our own who had a hand in the development of Apple's newest OS X desktop operation system, "Mavericks." Former Longwood resident Emery Berger, an associate professor in the School of Computer Science at the University of Massachusetts, Amherst, developed a "Hoard" algorithm, which Apple adopted, that speeds up a computer by reducing memory resources so the computer can "make a decision" faster. In computer talk, an algorithm is a predetermined set of instructions for solving a specific problem in a limited number of steps.

The new system was just released worldwide last week. In addition to many upgraded features, this system also provides up to an extra hour of battery life for laptops, even older ones, and manages memory and graphics better.

"Modern computers have multiple 'cores,' each a bit like an individual brain," Berger explained in an interview with phys.org. "Like people, when they can operate independently, those brains can run at full speed, but if they have to have a meeting to discuss something, things slow down.

"Not only does this make the system faster overall, it also extends battery life because it spends less power to do the same job," Berger said.

His parents, George and Sharon Berger of Longwood, are proud of their firstborn's accomplishment, but they aren't surprised.

"That's my kid!" was Sharon's response when she read the press release online. "He was different from the beginning," she said. "He was reading words at 20 months."

At first his mother couldn't believe it. She'd write down a word on a piece of paper and he would say the word. It was the word "Synoco" that convinced her. By the time he was four years old he was reading The New York Times.

He was president of the National Honor Society at Lake Mary High School. When asked if he was an "A" student, Sharon responded, "He did OK."

By the time Berger was 14 years old his focus was on computers. That was back in 1981-before computers were a household word. After his freshman year in high school, he took a summer job selling computers at the Data Dump on South Orange Blossom Trail. Because of his age, the company couldn't pay him, so he "earned" his first computer. The cost: $2,500.

"He always said he didn't want to be rich, but he wanted to be famous," said Sharon.

Berger and his longtime friend and research partner Scott Kaplan of Amherst College have done research work for other systems. The Linux operating system has incorporated Kaplan's compressed caching algorithms for several years. Both Windows 7 and 8 use algorithms directly inspired by work from Berger's research group to improve reliability and security.

The two began collaborating as graduate students on ways to make computers more efficient and more responsive. Their goal was to "make that annoying little spinning beach ball go away, to get rid of the pauses that users have to endure while the computer tries to catch up," Berger told phys.org.

"We feel very fortunate... The fact that we were graduate students together when we began this work, that we've written three or four papers together and we now both have our fingerprints on major pieces of the new Mac OS is really gratifying.

"For Scott and me, what we always wanted was to have real-world impact, to have our stuff used by many people. It makes our work more enjoyable."

What's next for Berger? He and Kaplan are expanding their horizons and plan on taking on web browsers. Who knows? We all may be "bergering" instead of "googling" in the future.