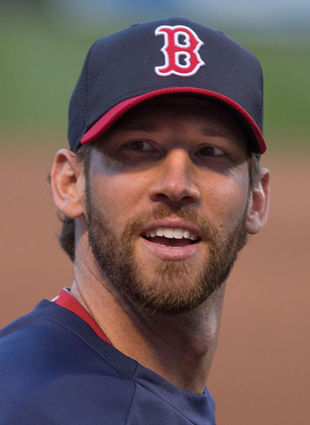 Boston Red Sox reliever Craig Breslow has not allowed a run in eight innings this postseason and is the Boston Red Sox nominee for the prestigious Roberto Clemente Award for his charitable works.

In Boston's first two playoff series this season, Breslow has pitched eight scoreless innings, allowing three hits and five walks while striking out seven. He'll likely be counted upon again in the World Series when the Red Sox take on the St. Louis Cardinals.

While creating the impressive postseason resume, Breslow also has solidified Boston's reputation as a hub for Jewish players. Back in 2006, in fact, Breslow was one of four Jewish players to play for the Red Sox, including Kevin Youkilis and Gabe Kapler.

This season, he's not the only Jewish player and Yale alumnus on the team-there's also catcher Ryan Lavarnway (now on the disabled list). Another Jewish player, outfielder Ryan Kalish, has been out all year with an injury.

Breslow, 33, has expressed his Jewish pride throughout his career, saying he has fasted on Yom Kippur even while playing.

He also has performed tikkun olam, the Hebrew term for "repair of the world," with his charity efforts that include the Strike 3 Foundation he established in 2008 in the battle against cancer afflicting children (his younger sister is a survivor of thyroid cancer). For his charitable works, Breslow is this year's Red Sox nominee for the prestigious Roberto Clemente Award handed out by Major League Baseball.

Like Youkilis and Kapler, Breslow took home a World Series ring when the Red Sox won the World Series in 2007. But he actually spent nearly the entire season in the minor leagues and never threw a pitch in the playoffs, though he was on the roster of available players.

From 2007 to 2012, Breslow pitched for several teams before being traded by the Arizona Diamondbacks to the Red Sox in the middle of last season. Along the way he often drew more attention for his intellectual prowess than his mound exploits.

McCarver wasn't joking: Breslow's Wikipedia page boasts several citations hailing him as the smartest big leaguer. The Sporting News went even further, declaring him the smartest athlete in all of sports.

Fueling such talk was the time during his first stint with the Red Sox that Breslow settled a bet over whether he could calculate how many times a baseball spins when it is thrown from the pitcher's mound to home plate at 90 miles per hour.

"There's a lot of variables," he was quoted as saying, "but I put in some figures and came up with answers for a fastball, curve or slider. It's rather simple once you do it."

This time around with the Red Soz, however, the team is very much depending on Breslow to be a significant contributor to the playoff run. They acquired him for that most specialized of pitching assignments: a lefty retiring left-handed batters in crucial situations.

It's an important role, enabling a team to stifle an opponent's midgame rallies while saving its top reliever for the ninth inning to close out victories.

In the series-clinching win in Boston's opening playoff series against the Tampa Bay Rays, Breslow came on in the sixth inning for starter Jake Peavy and proceeded to strike out four of the five batters he retired. Breslow was credited with the win when the Red Sox rallied for three runs.

In the American League Championship Series, Breslow again was a vital bullpen cog as Boston defeated Detroit in six games.

Breslow had a great vantage point for a key moment of that series. In Game 2, with the Tigers closing in on a commanding lead in the ALCS, David Ortiz blasted a grand slam into the Red Sox bullpen, just a few feet away from Breslow. The home run tied the score at 5, and the Red Sox went on to win in the ninth inning.

"It was pretty surreal and incredible," Breslow told MLB-TV of the scene. "I couldn't imagine a better guy to do it than David Ortiz."

Breslow has been blogging about his playoff experiences for the website of the Boston-area sports radio station WEEI.

"It's going to be a great series, I'm sure it's going to be a dogfight, but we're all looking forward to it," he wrote about facing the Cardinals. "As much as we all got to enjoy what we accomplished on Saturday night, we know that there's still a final goal to reach.

"We'll do our homework, we'll be prepared and be ready to get back at it on Wednesday."

If there's any homework to be done, Breslow would be the guy to do it.