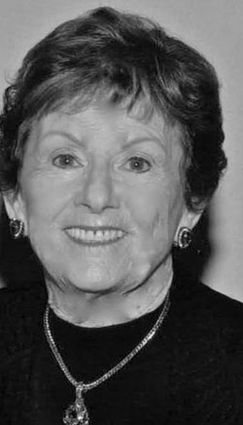 The Guardian of Israel Award is a humanitarian award given in recognition of outstanding community involvement, dedication to the preservation of the environment, and the protection of natural habitats.

"This year we are honoring Lois Tannenbaum, who introduced me to JNF and my deep-rooted love for Israel," said longtime friend and JNF Orlando Board President Jim Riola. "This is especially meaningful to me because, as many know, Lois introduced me to Israel by inviting me on a JNF mission at the end of the Gaza conflict in 2009. After that mission, my life was never the same."

Tannenbaum has always been passionate about Israel and was excited in 2000 to begin working with JNF in Orlando. In 2005, she was named Outstanding Director at JNF's annual staff meeting.

A proud member of the Orlando Jewish community for more than 40 years, Tannenbaum began her career at Temple Israel where she worked on the weekly paper. She then joined the Jewish Community Center where she became director of the Day Camp, senior adult director, and ultimately served as membership director.

Tannenbaum has held numerous leadership positions including president of Temple Israel Sisterhood, chairwoman for the Woman's Division of the Jewish Federation of Greater Orlando, charter member of Women's American ORT, lifetime member of the JCC Board of Directors and charter member of the Orlando Shakespeare Festival.

In her spare time, she loves to read, travel and recently found a passion for Zumba exercise classes. Tannenbaum has been married for more than 50 years to her husband, Jerry. They have two children, Elyse Hyman and Arnie and Bevie Tannenbaum, and four grandchildren.

"As we honor Lois for her many years of service to JNF" said Riola, "I want to personally thank her for all of her accomplishments in the Orlando community as the first JNF staff person in Orlando who, along with Bruce Gould, established the JNF Orlando Board of Directors. "Lois' selfless dedication, strong work ethics and passion to JNF has made this organization a shining star in the Orlando community."

Stand-up comedian and writer Joel Chasnoff will entertain the crowd with his hip and clean comedy based on his own personal Jewish experiences.

For more information or to RSVP, please contact Laura Abramson at 1-800-211-1502 or RSVPNorthFL@jnf.org.