NEW YORK-Union for Reform Judaism released a list of its Top Ten Moments for 2013. Making the list was Beth Schafer as a producer of the celebration of Women of Reform Judaism's Centennial Anniversary.

In 2011, Schafer was commissioned to write an anthem that would define and celebrate the WRJ in its 100th year in 2013. The text chosen by members of the WRJ attending the 48th Assembly in Washington D.C., came from Isaiah 1:17: "Limdu Heiteiv, dirshu mishpat, ashru chamotz, shivtu yatom, rivu almana. Learn to do good; seek justice, defend the oppressed, take up the cause of the orphan; plead the case of the widow." Schafer not only penned the anthem, titled "Limdu Heiteiv," but produced the recording featuring many women's voices of the Reform movement. Soloists were Beth Schafer, Julie Silver, Peri Smilow, Michelle Citrin, Stacy Beyer, Naomi Less, Shira Kline and Natalie Young. Rounding out the recording were more than 250 voices of WRJ attendees of their leadership conference held in Cincinnati earlier in the year. Schafer completed the 18-song CD by choosing songs by both well-known artists and new artists whose music speaks to the WRJ's mission. The CD, also titled "Limdu Heiteiv," is available at wrj.org. The MP3 and sheet music for "Limdu Heiteiv" are both available for immediate download at OYSONGS.com.

Rabbi Danny Freelander, senior vice president of the URJ, had this to say about Schafer as a producer, "Her creativity, attention to detail and extraordinary musicianship made all the difference."

"From the Isaiah text chosen by hundreds of WRJ members, to the over 250 voices that sing on the anthem itself, to the many artists who lovingly offered a song for this compilation, this project reflects the far-reaching support for Women of Reform Judaism. In honor of the sacred work of WRJ, we rejoice as God asks us to: with joy and gladness, with harp and drum, with every breath," said Schafer of the project. 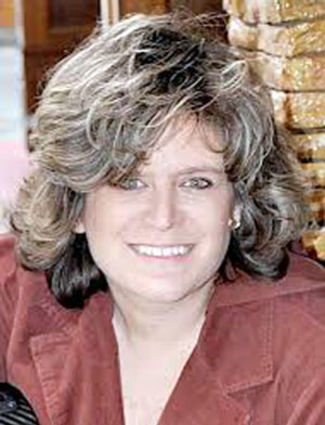 As the year came to a close, the Union for Reform Judaism held its Biennial Convention in San Diego, Calif. Schafer was tapped to produce the Saturday Evening Plenary, titled "Extraordinary Women Shaping the Reform Movement." The 90-minute show featured specially created videos and graphics, as well as the WRJ Jane Evans Pursuit of Justice Award being given to Anat Hoffman (Israeli Religious Action Center, Women of the Wall) and the WRJ itself receiving the URJ's Eisendrath Bearer of Light Award; both the highest awards given by each organization. The show also kicked off NFTY's (National Federation of Temple Youth) 75th anniversary year. A celebratory musical concert where Schafer led an eight-piece band punctuated the evening. The anthem, "Limdu Heiteiv," was debuted during this groundbreaking show, the first in the URJ to be produced by a woman.

Rabbi Marla Feldman, executive director of Women of Reform Judaism remarked that, "Beth Schafer orchestrated a wonderful multi-media program celebrating the role of extraordinary women in Jewish life. A highlight of that event was the WRJ choir singing our new anthem, along with a cadre of talented musicians and singers under her direction."