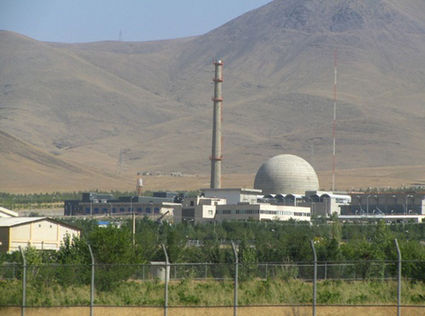 (JNS.org) Following the proposal of a new Iran sanctions bill in Congress, Mehdi Moussavinejad, a senior member of the Iranian parliament's energy committee, threatened that Iran would increase its uranium enrichment to 60 percent. In November's interim nuclear deal, Iran agreed to dilute its 20-percent-enriched uranium stockpiles down to 5 percent.

"Given the method that the other negotiating side-the U.S. in particular-has adopted during the nuclear negotiations, the legislators are working on a bill that will require the government to increase the level of uranium to over 60 percent," Moussavinejad told the Iranian Republic News Agency. Moussavinejad said that level of enrichment is needed "to supply fuel for our ships."