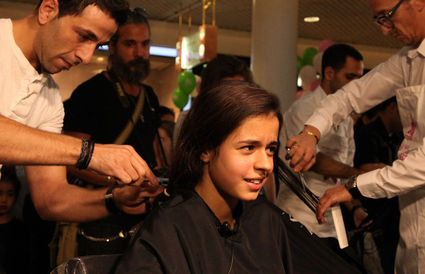 Some 250 women in Jerusalem set a Guinness World Record for donating the most hair to make wigs for cancer patients in a single drive.

The record was broken in November at a hair salon in Jerusalem's Malcha Mall after five hours, when the Zichron Menachem Cancer Support Center collected 117 pounds of hair. The drive continued for three days at 200 salons throughout the country. The haircuts were free.

Several of the women who donated their hair were cancer survivors and their family and friends.

The previous record was 107 pounds.