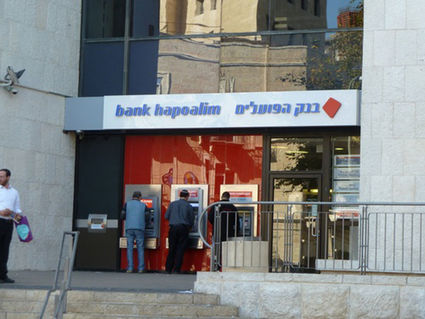 Americans with Israeli bank accounts may be in for a financial nightmare in just several months if they haven't filed their taxes properly. According to Charles M. Ruchelman, a member of the Washington, D.C., law firm of Caplin & Drysdale, some Israeli banks are already notifying U.S. account holders that they may be disclosing the relationship between the Israeli banks and their U.S. owners to the U.S. Department of Justice, which could result in fines-or even prosecution-for Israeli account holders who didn't inform the U.S. of the funds they have abroad.

By law, Americans are required to submit 1040 tax forms to the Internal Revenue Service (IRS) each year. Those forms ask them whether or not they hold a foreign bank account. If they do, and the aggregate value of all foreign financial accounts exceeded $10,000 at any time during the calendar year to be reported, they must file another form, the Report of Foreign Bank and Financial Accounts (FBAR). The IRS penalties for failing to report foreign accounts include fines of up to 50 percent of the account balance for each year of each violation.

Since 2007, the United States has been aggressively working to counter tax evasion, going after foreign banks to find what assets Americans are hiding within, and threatening to shut them out of the U.S. financial system if they don't comply. Just this past year, the IRS convinced UBS Switzerland and Credit Suisse to disclose information on their U.S. account holders; prosecution followed.

The banks are revealing the data because they are participating in a special program with the U.S. Department of Justice in order to avoid criminal prosecution themselves. The Foreign Account Tax Compliance Act (FATCA) was enacted in 2010 and accepted by Switzerland in August 2013. According to multiple reports, Israeli banks have also agreed to sign on and will begin turning over information as early as July 2014. Media reports indicated that the Swiss branches of Bank Hapoalim, Bank Leumi, and Mizrahi Tefahot are under investigation.

"Israel wants to stay on the good side of the U.S. and to be a friend and an ally, so the banks are going to cooperate with the Internal Revenue Service and the U.S. government," Caplin & Drysdale's Ruchelman told JNS.org.

As part of the participation in and implementation of the program, explained Ruchelman, the Israeli banks will be required to disclose to the U.S. authorities certified details about U.S. held accounts, including-on an account-by-account basis-the highest value since 2008, the number of persons affiliated with the account, whether the account was held in a structure (i.e. foundation), and information about transfers of funds into or out of the account. An IRS examination could be triggered by the banks' disclosures to the U.S. authorities.

The challenge: This aggressive, all-encompassing approach may pick up a lot of people not intentionally trying to hide money.

Yaakov Jacob, a certified public accountant with Philip Stein & Associates, said his firm-which has offices in Jerusalem, Beit Shemesh, and Ramat Gan-is working with several Americans who have been living in Israel for decades (many since birth or since childhood) and didn't know they had to file.

"Sometimes people lived here since they were three or since they were born, and their parents were U.S. citizens, got for them a social security number and put them on the IRS' radar," Jacob told JNS.org. "Now, they have a filing requirement."

Similarly, Moshe Gelbtuch, senior manager at BDO Seidman Alliance in Brooklyn, said he sees American clients, generally wealthy businesspeople, who traveled often to Israel and opened an account there for simplicity or to support the Jewish state.

"Some of them may have forgotten they opened it or it never entered their minds that they would have to report it," Gelbtuch told JNS.org. He noted that at the same time, until the U.S. focused its counter tax-evasion efforts on foreign bank accounts, accountants "didn't know or think to ask clients... [These accounts] simply got ignored."

Gelbtuch said right now is the time to take action.

"If I were a betting person, I don't know that I would want to take a chance. I don't think any of this is hype," he said.

In 2013, six Israelis were prosecuted for having undisclosed bank accounts. Most recently, David Raminfard of Los Angeles pleaded guilty on Nov. 4 in federal court to one count of conspiracy to defraud the United States. According to court documents, Raminfard, a U.S. citizen, maintained undeclared bank accounts at an international bank headquartered in Tel Aviv, identified in court documents as Bank A. For tax years 2005 through 2010, Raminfard failed to report approximately $521,000 in income. The highest balance in Raminfard's undeclared accounts was approximately $3 million. He faces a potential maximum prison term of five years and a maximum fine of $250,000. In addition, he has agreed to pay a civil penalty to the IRS in the amount of 50 percent of the high balance of his undeclared accounts, for failing to file FBARs.

Ruchelman said that for another several months, Americans are able to take advantage of the Overseas Voluntary Disclosure Program (OVDP) for people who have violated the law. This requires them to admit past violations, file old tax returns and pay a lower-though possibly still substantial-fine.

"[Americans with Israeli bank accounts] really need to talk to an attorney," Ruchelman said. "There is a cost to that, but doing so will be getting criminal exposure off the table so you can sleep at night."

Ruchelman said part of the reason for OVDP is to give individuals who really did not know about the law a chance to make good, and to get people back into compliance and back into the system. He explained that the U.S. is losing millions of dollars per tax year, which is multiplied exponentially over decades. He added that when FATCA goes into effect, there would no longer be a chance to plead innocent or ignorant.

Jacob said that people who open new bank accounts at Bank Leumi are already being asked about their U.S. citizenship. He said they are being requested to fill out a W-9 form, which enables the banks to obtain the information that will be required to turn over to the States. He also noted that once someone is under investigation, that person cannot enter the OVDP program, so it is important that people make that move before they are turned over to the IRS.

Ruchelman explained, "Whether you are intentionally hiding it or not, the information will be sent to the IRS... The IRS voluntary disclosure program... could change at any moment... U.S. taxpayers should move quickly."