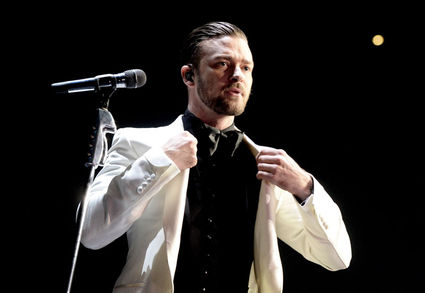 HOLLYWOOD, Fla. (JTA)- While Pink Floyd co-founder Roger Waters' efforts to stop artists from performing in Israel have been getting plenty of attention lately, the list of upcoming big-name concerts scheduled there continues to grow.

First up is Timberlake, who will play Tel Aviv on May 28, according to Haaretz. The official announcement and ticket sales set for last week were shelved in light of the death of former Prime Minister Ariel Sharon. The show will be part of Timberlake's "20/20 Experience" world tour.

The Times of Israel reports that Young and the band Crazy Horse are scheduled to perform in Tel Aviv on July 17. The iconic musician last played in Israel back in 1995, during his "Mirror Ball" tour with Pearl Jam.

Timberlake, in particular, may bring sexy back to the Holy Land, while Young will probably enjoy rockin' in the free world, Israeli experts say.

'Wish I Was Here' has Jewish themes

"Wish I Was Here," the kickstarter-funded film by Zach Braff, premiered at the Sundance Film Festival on Saturday night. Fans eagerly awaiting the "Garden State" follow-up- especially the 46,520 who helped pay for it to be made-will be glad to know it was warmly received. The screening ended with a standing ovation, some critics had nice things to say and, most important, the movie ultimately was bought by Focus Features.

In "Wish I Was Here," Braff makes his directorial debut and stars as Aiden Bloom, a struggling actor living in suburban L.A. with his wife (Kate Hudson) and their two kids. Aiden is forced to pull the children from Jewish day school after his dad, played by Mandy Patinkin, announces he is suffering from cancer and will no longer be able to pay tuition.

Unwilling to send his kids to the local public school, Aiden decides to home school. The new role leads Aiden on a spiritual journey, complete with a visit to a rabbi.

Braff, who wrote the script with his brother, Adam, explains that the pair drew inspiration from their childhood.

"It was kind of a combination of both of our lives," he said, according to The Hollywood Reporter. "We did have a very strong Conservative/Orthodox upbringing ... Themes are in there around our shared experiences, but it's mostly fiction."

Josh Gad plays Aiden's brother in the film. Gad, who is Jewish, says he took the part because of "Garden State" and because he grew up "in a very Jewish household," adding, "I know it doesn't look that way."

The Hollywood Reporter also treated us to an onsite video clip in which the cast is asked about their Sundance fashion. What are they wearing? "Alaskan mohel chic." Now only if there'd been some footage of the cast's Rosh Hashanah gathering.

Hank Azaria was mystified as to why anyone would want to become a dad. So mystified he decided to grill his celebrity friends on camera and turn his quest for knowledge into a documentary.

But a funny thing happened once the whole thing got started: Katie, the Jewish actor's longtime girlfriend, learned she was pregnant. Azaria continued on with "Fatherhood," but naturally the project changed course.

The show is sweet, funny and, with a slew of parenting experts in the second episode, genuinely informative. There's even an appearance by Azaria's parents, Al and Ruth.

The first two installments premiered last week on mom.me/fatherhood and aol.com/show/fatherhood. New episodes will be posted every Wednesday through March.

Forget Hawaii! Newly remarried couple Pamela Anderson and Rick Salomon took an El Al flight straight to Israel after exchanging vows recently. According to The Times of Israel, the former "Baywatch" star and her film producer hubby (of Paris Hilton sex tape fame) stayed in a suite at the King David Hotel in Jerusalem. Early on they visited the Dead Sea.

It's not Anderson's first trip down the aisle with Salomon- the two were married briefly in 2007-or her first trip to Israel. In 2010, Anderson shot an ad campaign in the Holy Land, and in 2011 she served as a judge on the Israeli version of "Dancing with the Stars."

Wouldn't it be great if Anderson chose Israel because someone's come up with a Mediterranean, Tel Aviv-based "Baywatch" reboot? We can dream.

The Nazareth-born Abu-Assad has Israeli citizenship but identifies as a Palestinian, The Times of Israel reports. Apparently the film itself has a similar slippery identity. Local media has questioned whether it should be labeled a Palestinian film, as it was filmed in the Israeli town of Nazareth and features several Israeli-Arab actors.

"Omar" earned the Jury Prize at the 2013 Cannes Film Festival.