Helping to save the world's poorest Jews 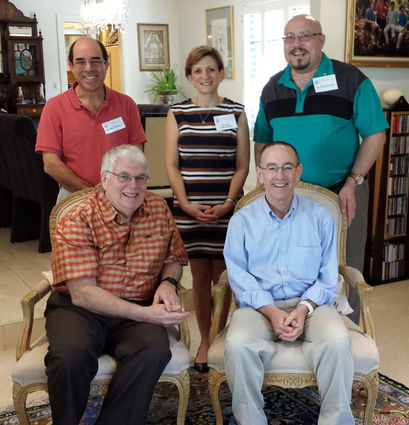 JFGO's Maimonides Society hosted a special event with Dr. Rick Hodes as guest speaker on Feb. 2. Dr. Hodes is an American doctor who has lived and worked in Ethiopia for more than 20 years. He is the medical director in Ethiopia for the American Jewish Joint Distribution Committee (JDC), supported by the Jewish Federation of Greater Orlando.

The JDC is the world's leading non-sectarian humanitarian organization, impacting millions of lives in more than 70 countries today. Supported by a nationwide network of Jewish federations, including JFGO, the JDC draws on its 100-year history to confront poverty and crises around the world. JDC's main thrust is to save the world's poorest Jews, revitalize Jewish life, empower Israel's future, and rescue victims of global emergencies.

Over the years, Dr. Hodes has become a symbol of JDC's humanitarian work with the poorest and most vulnerable people, Jews and non-Jews alike. In 2007 he was a finalist for "CNN Heroes," a program that highlights ordinary people for their extraordinary achievements. The American College of Physicians has awarded him "Mastership" and the Rosenthal Award for creative practice of medicine. He was honored as ABC's Person of the Week in 2010. His work was documented by CNN in "Making the Crooked Straight" as well as in a new book "This is Soul: The Mission of Rick Hodes." In short, he is an extraordinary individual, a living legend.

The American Jewish Joint Distribution Committee is Central Florida's Federation's global partner agency and is supported by contributions to the Federation's Annual Campaign.