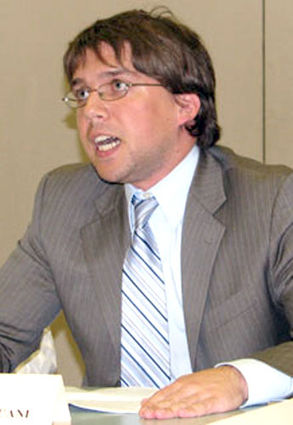 The Tampa Orlando Pinellas Jewish Foundation, together with the Jewish Community Relations Council, announces an event open to the entire community titled, "Isolating Iran: The fight to disable and disarm the nuclear threat" on Wednesday, March 5 at the Roth JCC. The evening will feature David Ibsen, executive director of United Against a Nuclear Iran, who will offer guests a behind-the-scenes look at the domestic and international efforts underway to prevent a nuclear-enabled Iran.

The topic of anti-terror activities is particularly of interest to the TOP Jewish Foundation, as it launched a unique anti-terror investment policy in close concert with the State of Florida and the work of UANI in 2012. UANI has spearheaded a number of formalized and grassroots efforts across the nation to raise awareness and communicate that a nuclear Iran is not acceptable. Grassroots efforts have included auto campaign and hotel protests, corporate marches, crane campaigns, and many others. UANI also developed and maintains an "Iran Business Registry," which individuals and corporations can use as a source of reference to learn about international business in or with Iran. With the goal of increasing economic isolation of the Iranian regime, anyone can use the registry for peaceful activism, and from the information found within can increase product awareness, divest, contact businesses and elected officials, and learn more about the Iran Business Certification Act.

The event will begin with a 6:30 p.m. light reception, followed by the 7 p.m. program and discussion. Attendees will also be able to ask questions directly of Ibsen, and he will speak about the role that state legislation like the Protecting Florida's Investment Act play on the fight against funding terror.

United Against Nuclear Iran (UANI) is a not-for-profit, non-partisan, advocacy group that seeks to prevent Iran from fulfilling its ambition to obtain nuclear weapons. UANI was founded in 2008 by Ambassador Mark D. Wallace, the late Ambassador Richard Holbrooke, former CIA Director Jim Woolsey and Middle East expert Dennis Ross. UANI's private sanctions campaigns and state and Federal legislative initiatives focus on ending the economic and financial support of the Iranian regime by corporations at a time when the international community is attempting to compel Iran to abandon its illegal nuclear weapons program, support for terrorism and gross human rights violations.