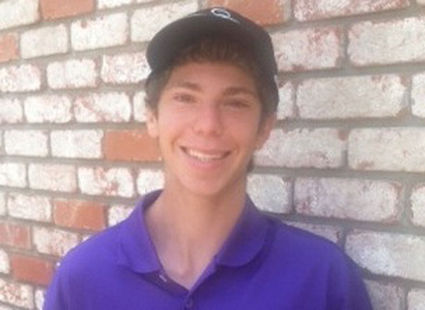 (JTA)-One evening, during a retreat for his Diller Teen Fellowship, Philip Caine told his fellow teens a truth about himself.

At the age of 17, he had already undergone two open-heart surgeries. To his surprise, another teen told him that she had needed heart surgery as well.

Together they decided to launch "Youth with Heart," to serve as an educational, mentoring and support group for other teenagers with congenital heart defects.

Modeled after "Moms with Heart," an American Heart Association support group for families affected by childhood heart disease, the objective of his group, Caine said, is to provide a community specifically for teens with the disease so that they can share their experiences with others in similar circumstances.

Over the past year, he has spoken before thousands of volunteers at a Heart Walk in California, to multiple cardiologists and at a local youth activism showcase, all to raise awareness for "Youth with Heart" and reach out to potential participants. The group is currently working towards organizing monthly meetings and will launch its Facebook page next month, he said.

For Caine, who had his first surgery to repair a hole between his heart chambers when he was just one month old and the second, nearly two years ago, to have a pulmonary valve replaced, the disease "opened my eyes to the world and gave me a greater appreciation for my life and the community around me."

He has played baseball, soccer and water polo but tennis and golf are his two passions these days, he said. "Sports have always been a part of my life. I just love watching, playing-even the business side behind it all."

And at his recent check-up, the doctor told Caine, "Everything's running fine. I'm good as new or close enough."

JTA spoke to Caine about his biggest influences, his advice for teens with congenital health issues and the movie he could watch over and over again.

My sister; she's a senior at Smith College. She's someone I can look up to as a role model. Also my parents. They are so supportive and are always there for me, 100 percent.

Can you share with us a meaningful Jewish experience that you've had?

Going to Israel for the first time last summer. Just to be in Jerusalem, to see the culture and all the different sects of Judaism left me speechless the entire trip.

What is your favorite Jewish food?

That's a tough one. I do love challah, and with honey, it's delicious.

If you could have lunch or coffee with anyone and tell him or her about your group, "Youth with Heart," who would it be?

Shaun White. He has actually had the same heart defect that I have, and he's an Olympian and an amazing athlete. That would be an awesome conversation to have!

What advice would you give to other teens with a congenital health issue?

Stay positive; positivity is key. Think on the brighter side because being negative has no benefits.

Do you have a favorite movie?

I'd have to go with "The Rookie." I always watch it when I'm home sick. I could watch it over and over.

The Teen Heroes column is sponsored by the Helen Diller Family Foundation, which is dedicated to celebrating and supporting teens repairing the world. To learn more about the foundation's $36,000 Diller Teen Tikkun Olam Awards, visit http://dillerteenawards.org. Please tell us about teens who deserve attention by sending an email to teens@jta.org.